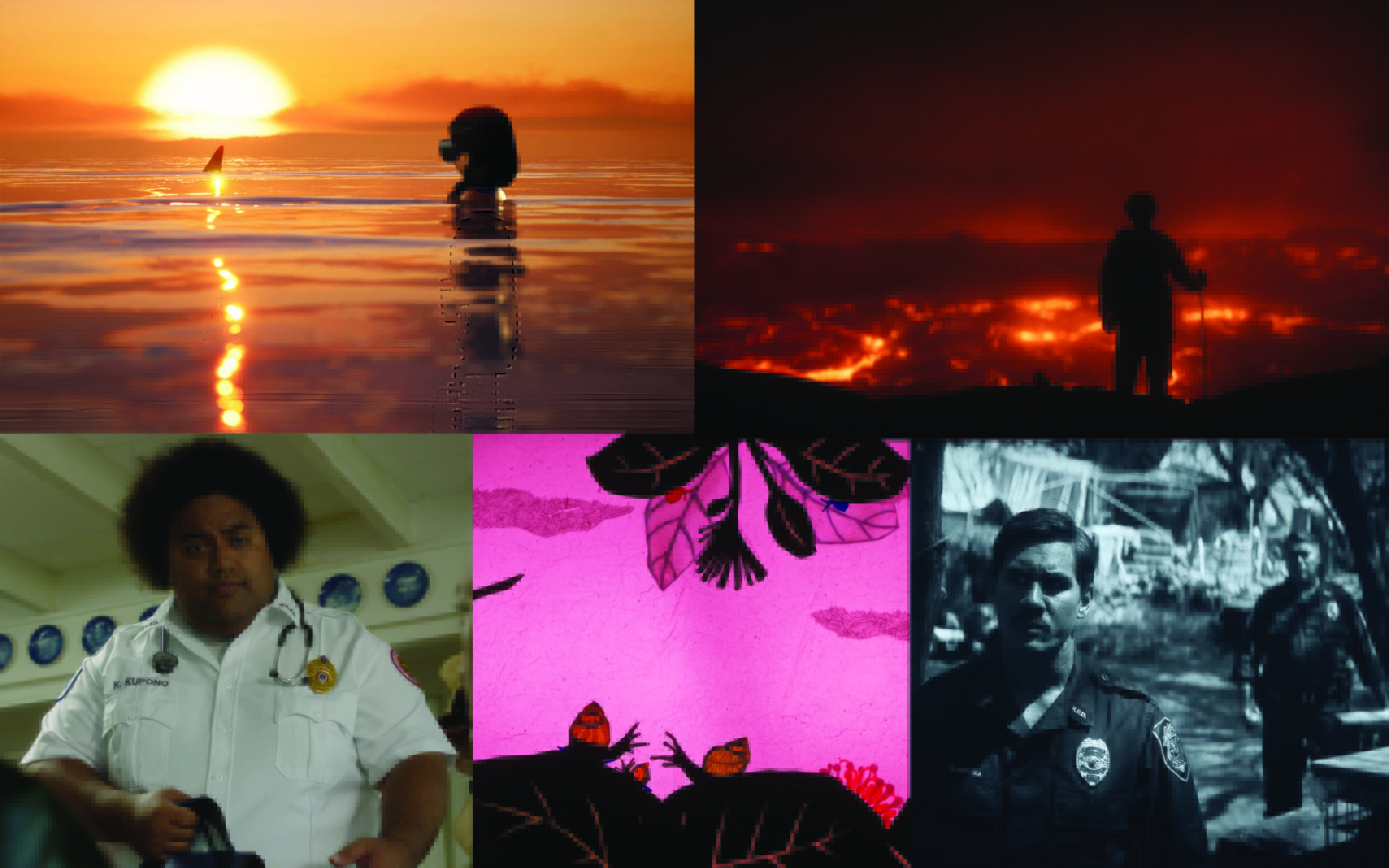 MADE IN HAWAII SHORTS 2

MADE IN HAWAI’I SHORTS PROGRAM 2:

A story of a pūpū kani oe (Hawaiian tree snail) named George and a tiny, yet vital battle against extinction. Presented in a vibrant shadow puppet style, the film follows Lonely George and his struggle to survive invasive threats as an endling, the very last of his species.

When a Native Hawaiian Police Officer is called in on his day off to evict the protesting Native Hawaiian residents of a homeless settlement deemed “illegal” by the State of Hawaii, he is forced to choose between supporting his family, upholding the law, and doing what is morally right . . . or PONO.

A struggling nature photographer is forced to confront the pain his family has carried for generations.

Seen through the eyes of a tiger shark in Hawaiian waters over hundreds of millions of years, Manō illustrates the human impact on sharks and coral reefs.

Desperate to reconnect with his wife following a family tragedy, a retired Navy Captain resorts to attention-getting to gain his wife’s affection. A poignant love story about human connection and the transformative power of forgiveness in an aging couple’s relationship.