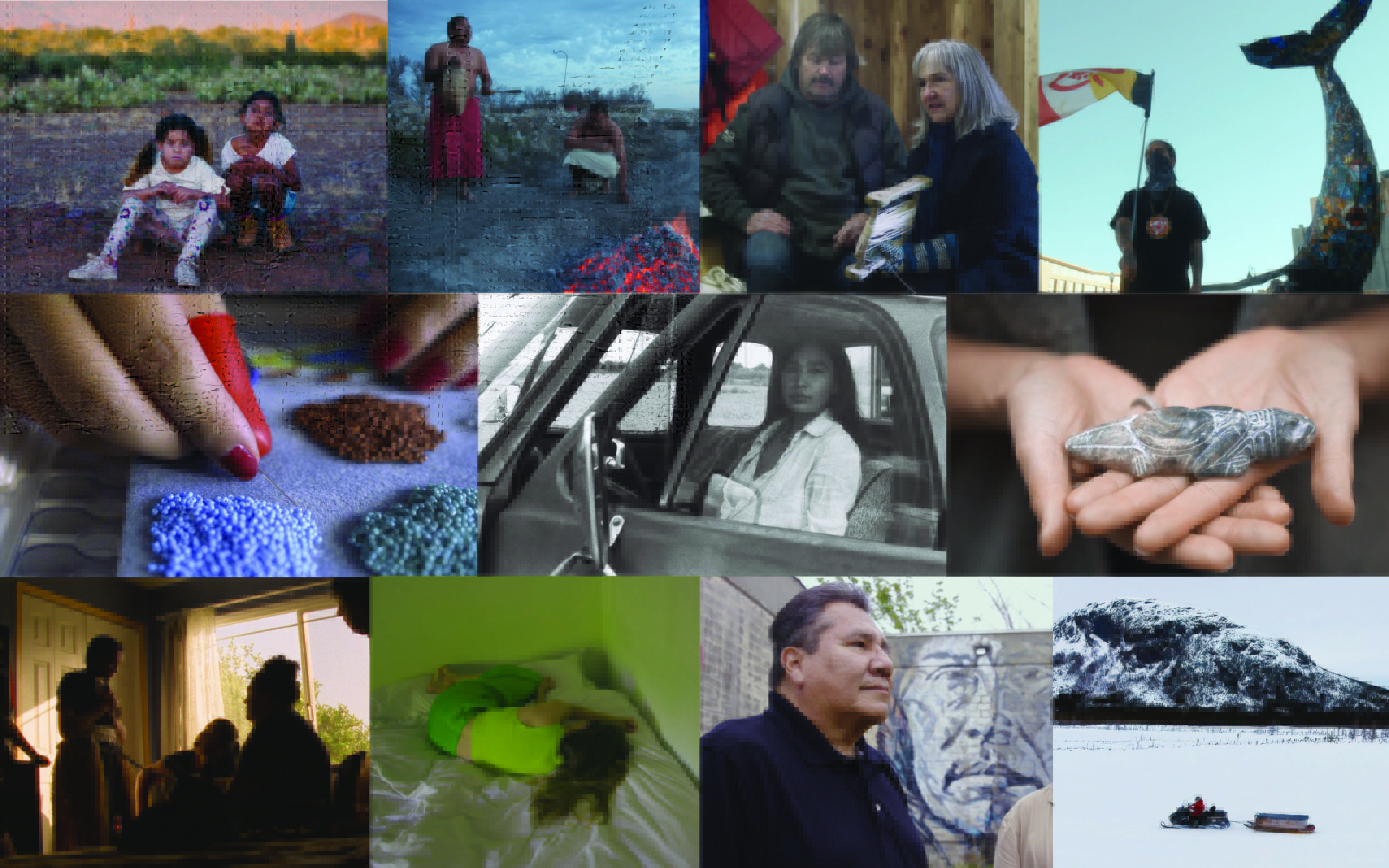 Plays With:
ABOVE BOY, BURROS, LONG LINE OF LADIES, SILT, SPIRIT EMULSION, WE ARE NOT SPEAKING THE SAME LANGUAGE

A selection of indigenous stories from across North America, sharing the power of resilience, community, connection, and culture. Select shorts from this program are eligible for the Green Screen Competition.

Godfrey Benjamin Chipps shares the legacy he leaves behind for his family as a fourth-generation descendant of Horn Chipp, the Medicine Man of legendary Indian chief, Crazy Horse. A story about ancestry, consequence, the delicacy of ceremony, and life on the reservation.

Twenty miles from the Mexico border in southern Arizona, a young Indigenous girl discovers a Hispanic migrant who has been separated from her father while traveling through the Tohono O’odham tribal lands, into the United States.

A case study of the Canadian cod fisheries collapse of 1992. Investigates what the future of natural resource management holds, and what can we learn from our past mistakes.

EVERYTHING WRONG AND NOWHERE TO GO

Plagued by overwhelming anxiety about climate change, a filmmaker decides to see a climate psychologist in hopes that she can find some peace of mind at what she’s pretty sure is the end of the world. An intimate, strikingly candid self-portrait of the intersection between climate change and mental health.

During the unprecedented collapse of the once massive George River Caribou Herd and a subsequent total hunting ban, Inuit in Labrador, Canada, were abruptly confronted with a new reality: life without a fundamental source of food, culture, and wellbeing.

A girl and her community prepare for her Ihuk, the once-dormant coming of age ceremony of the Karuk tribes of Northern California.

Environmentalist Damon Dunbar works to remediate the toxic landscape of a shut down Cheyenne and Arapaho Indian boarding school, with a dream of restoring the land, preserving tribal history, and honoring the attendees of the Concho Indian School in order to speak truth to history.

A lithium mine being built in Nevada’s remote sagebrush desert promises a greener future, but local ranchers, environmentalists, and indigenous tribes share a different side to the story.

A Native botanist grieving the death of a beloved aunt, travels alone to northern Mexico where she is nourished by images of the last trip they took together traversing the Colorado River.

WE ARE NOT SPEAKING THE SAME LANGUAGE

Thinking back on her only phone call with her maternal grandmother, Danika explains her connection to her Indigenous identity (and her grandmother) through beadwork.