FILM FOR THOUGHT: THE ISLAND IN ME 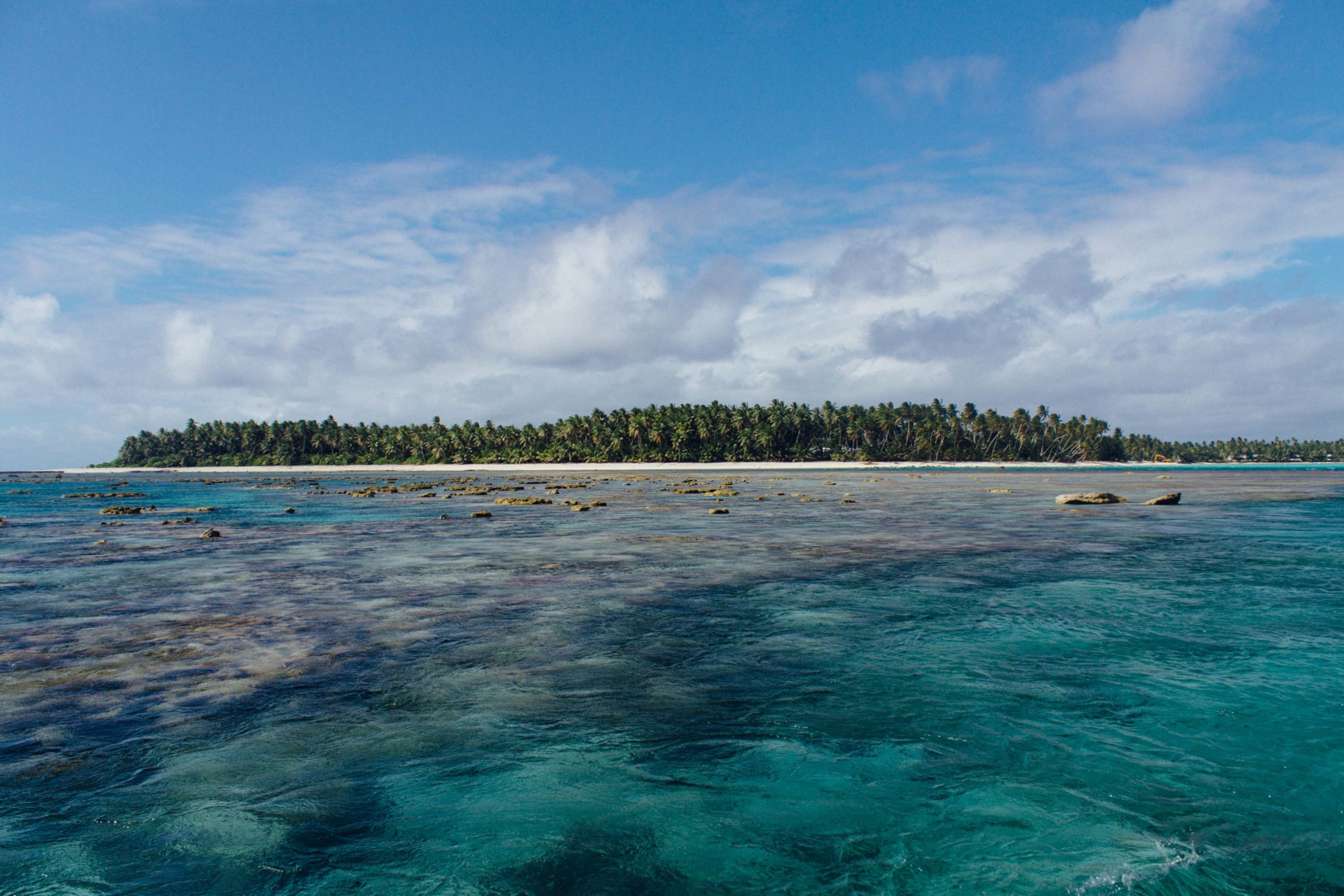 THOUGHTS / THE ISLAND IN ME: A Companion essay by scholar Caryn Lesuma //

Filmmaker Gemma Cubero del Barrio’s The Island in Me follows Florence “Johnny” Frisbie and Amelia Borofsky as they make a homecoming journey to Pukapuka, a Cook Islands atoll, where both women spent their formative years. The film frames Frisbie and Borofsky’s journeys as parallel, and in some ways they are: both women left Pukapuka at an early age (Frisbie around seven years old and Borofsky at four-and-a-half), both have a family member buried on the island, and both ultimately settled across the Pacific in Hawai‘i. Throughout the film we follow the women as they reconnect with family and friends, participate in village life, and reflect on the impact Pukapuka has made on their lives. The purpose of each journey, however, leaves viewers with two completely different sets of questions.

Frisbie’s ancestral and historical ties to Pukapuka mark her visit as one of both reunion and farewell, and the film truly shines when it presents her story. Born to a Pukapukan mother and a white American father, Frisbie reflects on what it was like growing up mixed-race in a small Pacific community. At age 15, she published Miss Ulysses from Pukapuka, an autobiographical account of her upbringing and travels; in the film, she revisits many of her childhood activities, including swimming in the lagoon, making toys from plants, and eating coconut crabs. An important reason for her trip is to see her older brother, Charles, who grew up apart from the family and Pukapuka; the film documents many tender moments between the siblings, whose playful reunion is tinged with the knowledge that, at “nearly ninety” years old, their time together is also a farewell. In a poignant and sacred moment in the film, Frisbie visits her mother’s grave on Pukapuka, pointing out a patch of earth where she and her young siblings buried their toys next to their mother. In a region where the effects of colonization and diaspora loom large, Frisbie’s attempt to articulate her sense of loss—“it makes you wonder why I ever left”—mirrors that of countless Pacific Islanders who have sacrificed connection to loved ones, language, culture, and land in search of opportunity.

Borofsky’s journey, on the other hand, is a search for identity and belonging; she cites a need to heal from the trauma of her early, “visceral” memories of living on the island and a lifetime of feeling alienated as a result. Borofsky’s connection to Pukapuka originates from her time living on the atoll in the 1970s while her father, an anthropologist, conducted research. The film follows Borofsky as she participates in village life, giving gifts, volunteering at the school, harvesting taro, rebuilding the house her family lived in, and establishing “Pukapuka University,” a tertiary program focused on perpetuating cultural practices. There are moments during her journey that are uncomfortable: Cubero del Barrio uses Pukapuka as a backdrop for working through her relationship with Borofsky, and Borofsky’s increasing efforts to belong to the island and its people include attempts to bear a Pukapukan child. Her efforts to become Pukapukan beg the question: What are the limits to belonging and self-identification with Indigenous lands and people when you do not share ancestral ties? What are the responsibilities of non-Indigenous community members to these lands and these people?

The Island in Me illuminates the complexity behind conceptions of “home” for Indigenous Pacific Islanders and non-Indigenous settlers alike. By highlighting the economic and environmental forces that continue to push islanders into diaspora and the privilege required to return, the film asks us as viewers to reconsider our own relationships and responsibilities to land and people in Oceania.

Caryn Lesuma is an assistant professor of English at Brigham Young University–Hawai‘i, where she also serves as composition coordinator. Her research interests include Young Adult literatures of Oceania (YALO), Pacific folklore, and place-based pedagogy and rhetoric.

Watch the HIFF41 presentation of THE ISLAND IN ME