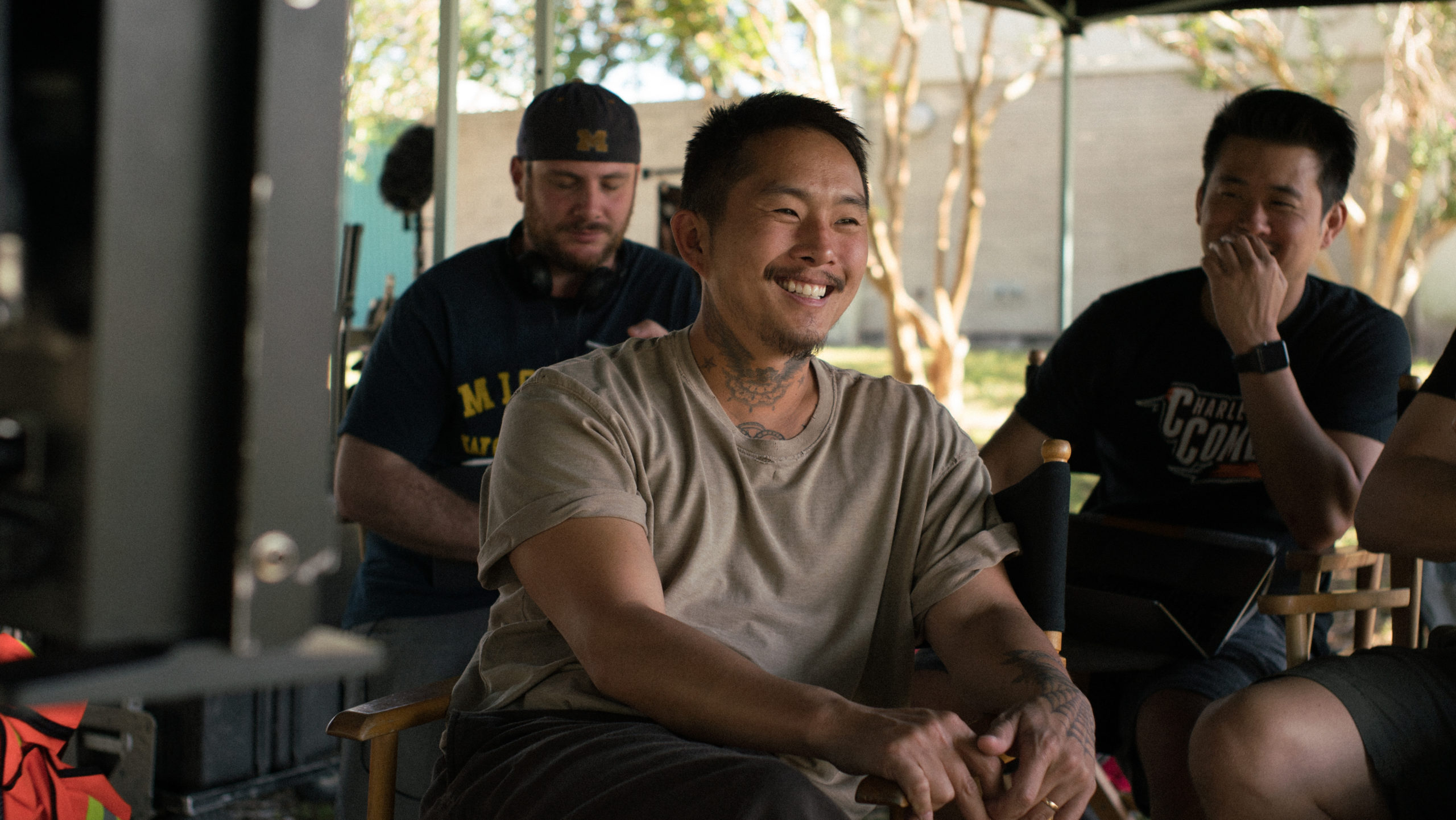 HIFF recently hosted a special advance screening of Justin Chon’s BLUE BAYOU, which will open nationwide on September 17 only in theaters.

This is Justin’s 4th film as a director. His first film, MAN UP, which is a bromance black comedy that he shot entirely in Hawai‘i with YouTube star KevJumba some years ago, is antithesis to BLUE BAYOU. Is this a swipe at Justin? Hardly. It shows a trajectory of his filmmaking prowess and style, how it has morphed from an Asian American DUDE, WHERE’S MY CAR? to an official selection in the Un Certain Regard at the most prestigious film festival in the world.

It is amazing to see Justin grow as an artist, in his work from TWILIGHT to 21 & OVER, and SEOUL SEARCHING, and to transition behind the camera in his critically acclaimed directorial features GOOK and MISS PURPLE, which both were Sundance darlings. The aforementioned trajectory of Justin as a director, is a visual manifestation of his very own film school on the big screen. From cinematic touchstones like LA HAINE to the visual styles of Christopher Doyle and Wong Kar Wai, Justin’s transition as a director is sort of mind blowing in the grand scheme of things–two Sundance and one Cannes world premiere (a rarity for an “up-and-coming” American director, and an Asian American one at that). The fact that he did this in the span of 6 years is simply astounding.

In BLUE BAYOU, which he wrote, directed and stars in with Oscar winner Alicia Vikander, he takes his craft to the next level, exploring hot button issues like immigration, class, race relations and the daily lives of marginalized communities in the sweltering Southern Gothic milieu of New Orleans.

Check out this Q&A at the top of this blog post, where I sit down with Justin, who aside from moving his entire family to Honolulu in the middle of a pandemic, but also is currently shooting his latest film project on Oahu starring rising rap artist Rich Brian of 88Rising. The purpose of this video was to screen it after our BLUE BAYOU advance screening, thinking that Justin would not be available to attend because of scheduling conflicts with his production. Fortunately, he was able to juggle his schedule and make the screening after all, where I conducted a live Q&A with Justin and an engaged and appreciative audience.