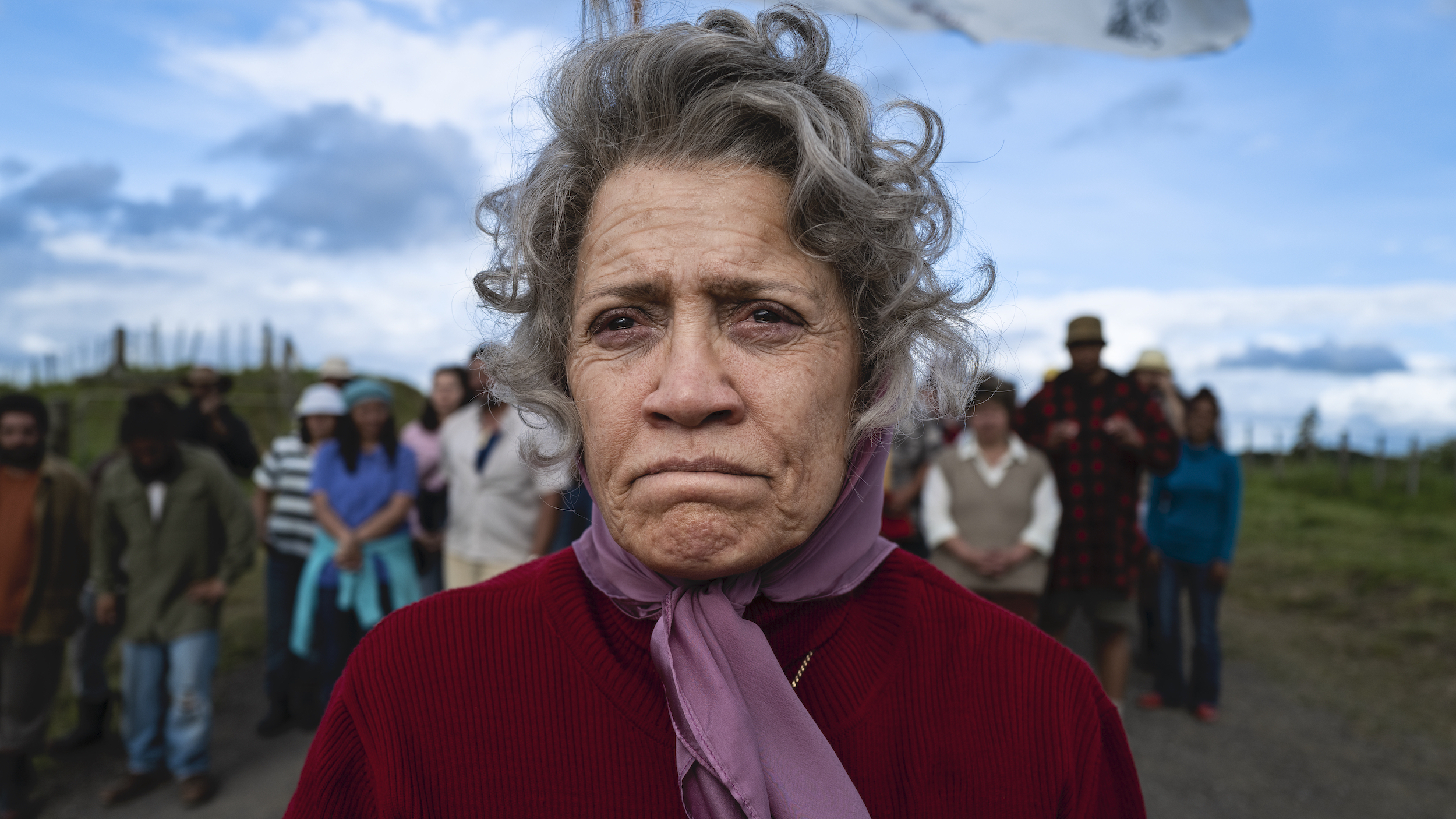 “She is the daughter of Heremia Te Wake, chiefly leader of Ngaati Manawa, Te Rarawa and Ngaapuhi. She is from Panguru, the sacred mountain, and the guiding stars. She is of the sacred tree that leans to the west”.

WHINA is a timely biopic that guides us through the life of the wonderfully fierce and brilliant Dame Whina Cooper, often referred to as the “Mother of the Māori Movement.” Whina was the leader of the first Māori Land March, a 680-mile protest that spanned across Te Ika A Maui (North Island) to bring awareness to the loss of Māori rights and land, and was also the president of the Māori Women’s Welfare League, an organization which fought for government resources to better the lives of all Māori. These incredible feats were met with seemingly insurmountable opposition. Yet nevertheless, Whina fought unwaveringly for her people—even when some of them turned against her. In the film, directors James Napier Robertson and Paula Whetu Jones weave portraits of her legacy from birth to old age that adorn our eyes with hope, strength, and the courage to walk in the footsteps of mana wahine such as Whina.

“It’s Māori land not yours! Your lease means nothing!” a teenage Whina shouts as she was thrown into jail for trespassing on “private land.” This energy of defiance carries the film through decades of resistance. In particular, the film highlights the 1970s, an era of great change for the Pacific. In Aotearoa, this decade was formative to the creation of the Polynesian Panthers and Māori Land March, while in Hawai‘i, this decade ushered in the Hawaiian Renaissance, a time of cultural revitalization and protection of land. During this vibrant time, Kanaka Maoli and Māori undoubtedly learned greatly from one another, and tupuna like Whina were the foundation of this knowledge. WHINA staunchly reminds ‘ōiwi (“indigenous” people) that the assertion of our ea, our sovereignty, our genealogical connection to ʻāina/whenua, will outlive the faux legitimacy of any piece of paper; whether it be title or treaty, the pilina (connection) ʻōiwi have to their homeland will always run deeper because this relationship is reciprocal and not transactional.

WHINA also reminds us of the reality that native women face “double colonization”: that is, when native women experience patriarchal violence from their oppressors and from the men within their own communities who have internalized western notions of masculinity and embraced other aspects of colonization. Whina’s legacy marches us towards a fierce and unapologetic understanding of the need for Native Feminisms—a feminism that emphasizes connection to land, people, and culture while understanding that patriarchy disrupts these relationships. Such feminism rivals that of its western predecessors and helps us to see that in any effort for decolonization, women’s liberation must be at the heart of this struggle, for we know that women’s liberation completes the revolution.

In Hawaiʻi, it is because of tupuna like Whina Cooper that we have the privilege of articulating the power of “mana wahine”—a term Kanaka Maoli have adopted from the Māori to express the strength, fearlessness, and brilliance of a woman. Whina Cooper is the embodiment of all these qualities and more. We will forever be indebted to her legacy and the foundation which she built for all ʻōiwi to stand on.

A poem for Whina Cooper

Liberation is birthed, not borrowed
We will never return them their normalcy
Raised by the hands of matriarchs,
The mind is a womb that conceives paths to the Revolution.

‘IHILANI LASCONIA is from Waimānalo Oʻahu. She is a doctoral student in Political Science at the University of Hawaiʻi at Mānoa, a rap/spoken word artist, and organizer in Af3irm Hawai’i, a transnational feminist organization centered on women’s liberation. ʻIhilani’s research interests include indigenous politics, native feminisms, and queer theory. LAND BACK BODIES BACK.