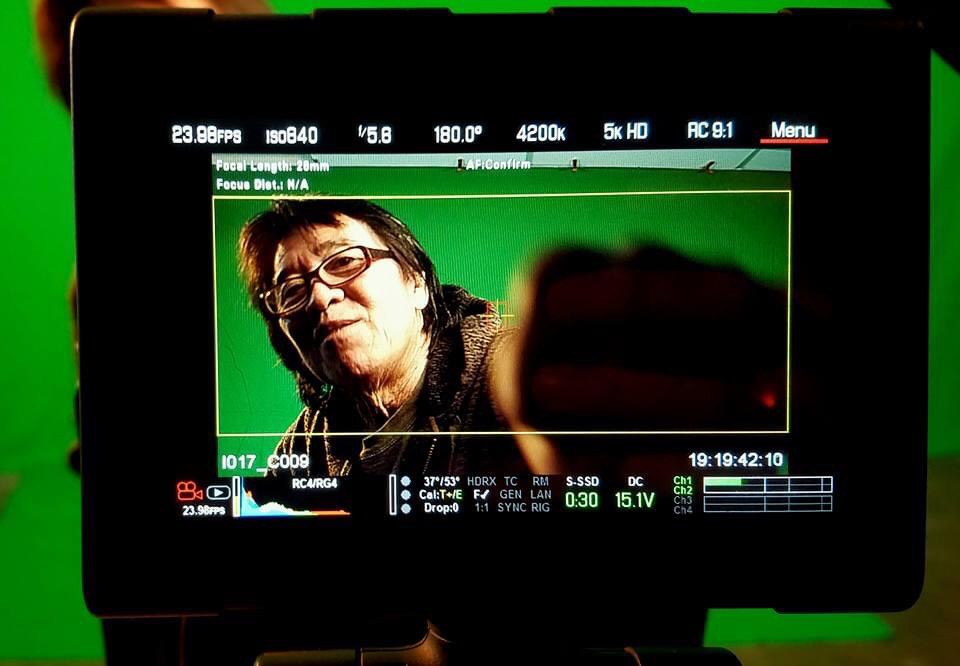 Albert Pyun had Hollywood dreams. He was sneaking onto Kaneohe Marine Corps Base to shoot his 8mm movies with school buddies, and was a voracious reader of detective noir and frequented the movie houses around Oahu that would play new Asian films, from Akira Kurosawa to King Hu. He was also an admirer of other auteurs like Stanley Kubrick, Francois Truffaut and Ingmar Bergman, but was also a fan of experimental film pioneer Stan Breckenridge.

At 18, he had his big change to move to Japan and work for the legendary Toshiro Mifune for an upcoming Kurosawa film that eventually fell apart (Mifune had purportedly seen Pyun’s short film and was impressed). Ever the hustler, Pyun turned a dead end into an advantage and would apprentice for Kurosawa’s main cinematographer Takao Saito.

After his short stint in Japan, Pyun returned to the islands, where he would eventually work for local station KGMB, primarily in local news. As he paid his dues editing and working the TV cameras, Pyun continued to dream of becoming a film director. He even made a proclamation to a Consolidated Theaters executive that one of his films will play in their theater one day. Said exec laughed in his face. Soon, Pyun would forfeit job security and make the leap to Hollywood, to make his dream a reality.

Pyun would toil around Los Angeles for years, knocking on doors and pounding the pavement, with fully realized storyboards under his arm, willing to pitch to anyone who would listen about his Italian sword-and-sandals peplum inspired story. But no one listened. Producers wanted the next STAR WARS, not the next HERCULES. But, Hollywood gatekeepers, who historically just chased the next big trend, was all in when films like EXCALIBUR, CONAN THE BARBARIAN, and THE BEASTMASTER were all the rage. A ready-made sword and sorcery project with completed storyboards was an easy cash grab. 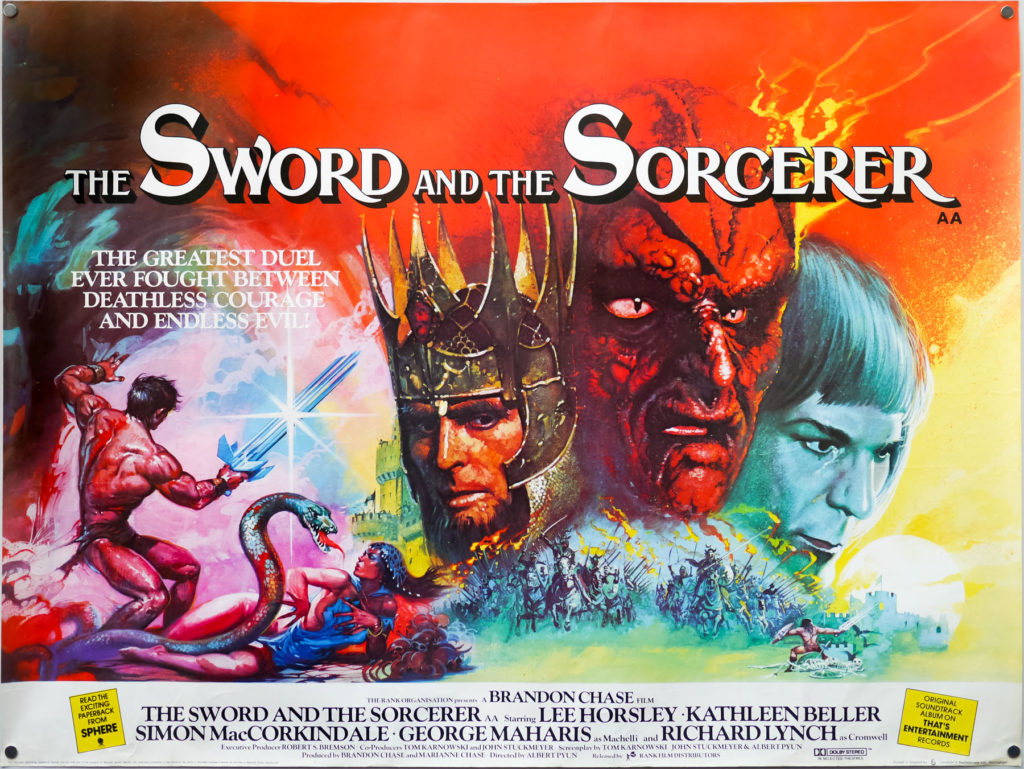 At a still-very-young 28 years old, Pyun’s debut film, THE SWORD AND THE SORCERER would be released in nationwide, and would become a box-office hit, grossing $40 million from a low $4 million production budget. It had the recipe for success to attract young (and straight) fanboys–swords, sorcery, practical creature effects, and a bevy of naked women on the big screen, shared tropes of this short-lived and very ’80s sub-genre.

And for Pyun’s proclamation to the Consolidated Theatres staffer he made years ago? That prescient statement became a reality.

“All I ever wanted to do was make a feature film and have it play at the Waikiki 2, which was my favorite theater growing up in Hawai‘i. I achieved that with my first film, and so, everything since 1982 has been gravy,” said Pyun in the book “Radioactive Dreams: The Cinema of Albert Pyun” by Justin Decloux, which was released earlier this year.

With a smashing debut, one would think Pyun’s filmmaking future would be ladened with gold. Instead, he would dredge onward with surly and disingenuous producers, many of them operating in the B-movie space, and with the VHS and home video explosion of the 1980s and ’90s, Pyun would carve out a career that was always at the brink, mostly because of non money, lack of resources, and bad deals. But, Pyun, much like that Kailua kid filmmaker who would sneak on the local marine base to shoot his movies, would always figure a way out. His resiliency, tenacity, and, let’s be honest, lack of attention to detail, would make him an Uber-prolific director, churning out a film a year, sometimes two or three (joining the echelons of other directors like Takashi Miike, who would rival with similar output).

With over 50 titles to his name, he has enjoyed a prolific career spanning 30+ years and has earned himself a fevered cult following. From  basically discovering Jean-Claude Van Damme and casting him in CYBORG, and under-the-radar shooting another film using the same sets with his far superior cyberpunkish NEMESIS, to his year’s working with the infamous Cannon Films, including the then maligned CAPTAIN AMERICA, a low budget adaptation for a then bargain basement superhero during the dark ages of Marvel, before the MCU would be the center of culture worldwide today. 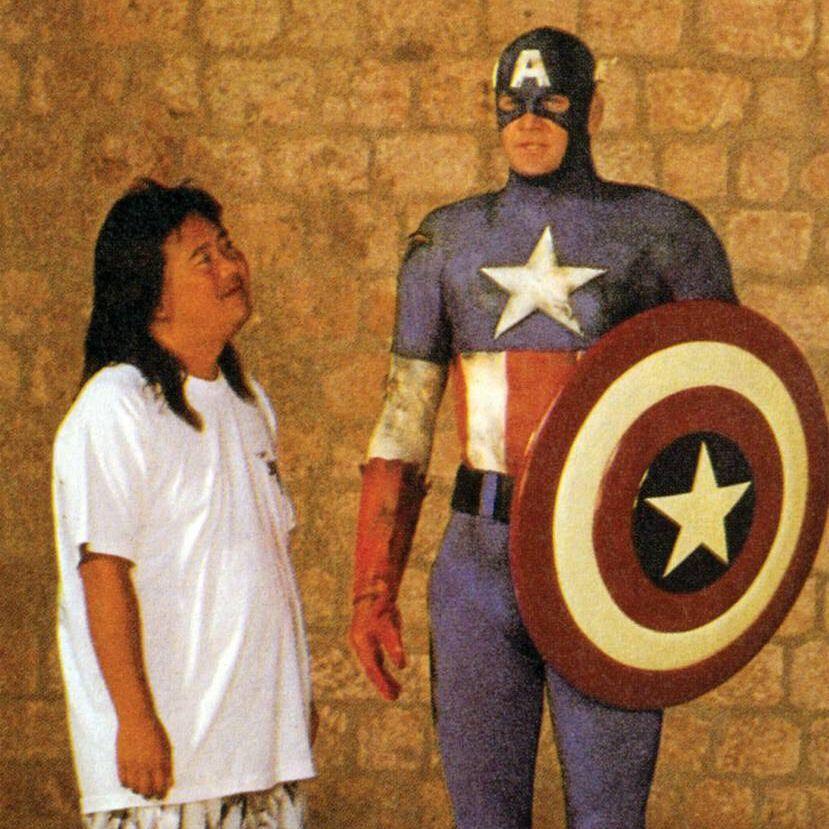 Pyun would also work with another infamous schlock movie maestro, Charles Band of Full Moon Features, and would churn out other offbeat gems like ARCADE (released during the height of early ’90s “VR” movies like THE LAWNMOWER MAN) and the very fun DOLLMAN starring Tim Thomerson as the iconic Brick Bardo, who would reprise this role in other movies in the Full Moon filmography, I guess like Tony Stark across the MCU-verse.

Pyun’s career has spanned almost five decades, and has run the gamut of resources, from Hollywood studios to no-budget indies. From his hanabata days making movies with school chums in Kailua to working with the likes of Van Damme, as well as Andrew Dice Clay, Christopher Lambert, and Steven Seagal, Pyun has led a fascinating and crazy journey as an artist, driven by passion and unstoppable in the face of impossible odds. His storied 50+ films listed on IMDB may have been relegated in the bargain bins of  long gone Blockbuster or Diamond Head Video stores, but his influence was truly impactful and influential not only for cult film fans in Hawai‘i but also globally.

It’s only apropos that we honor the work of Albert Pyun, and do so where it all began for him, Hawai‘i. Because, frankly, Pyun deserves it and his impact to cult cinema, and modern pop culture in general, is immeasurable. He may not be a known entity in the mainstream (or in his first home Hawai‘i for that matter), but like most cult icons, he is revered among certain film appreciation circles. He is very much part of the ilk of ’80s and ’90s cinematic denizens who fueled the direct-to-home video market, entertained a generation of latchkey kids, and inspired several filmmakers working today. If they did not know his work directly, they know the genres and circles he worked in.

To rightfully give Pyun his due and honor him at HIFF is also a race against time. Suffering from advance stages of multiple sclerosis, the director announced his retirement in 2013. His last film before he publicly announced is ROAD TO HELL, a spiritual sequel to STREETS OF FIRE (yeah, you read that right, Gen X kid). But, after decades of facing many insurmountable challenges, from no budgets, con artist producers, and aging action heroes, don’t ever count out Albert Pyun. Still working and trucking along (albeit slowly and at times, directing with fits of dementia), Pyun is putting the finishing touches on what is perhaps his last film, CYBORG NEMESIS: THE DARK RIFT, a prequel/sequel to CYBORG and Pyun’s take on ““steam, cyberpunk and post-apocalyptic vampire horror.” 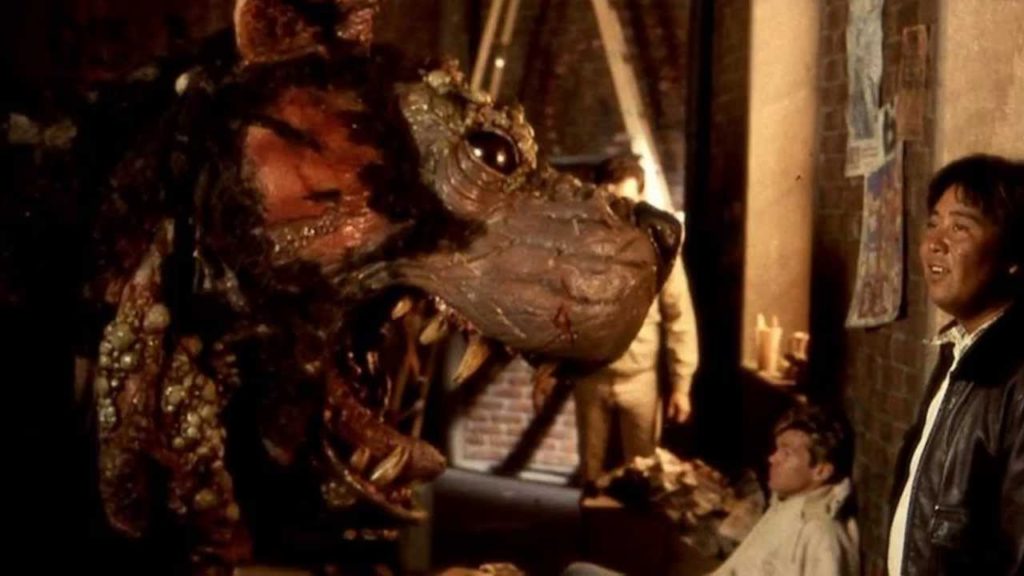 Albert Pyun is not for everyone, and that is pretty much the majority of the mainstream. His work is polarizing, one would say just plain bad and schlocky. A lot of it is. His films are a hodge podge of genres, contextualizations and a style that fit within a sub-genre of movies and an outmoded distribution system of VHS-to-DVD rental stores that are now replaced by Netflix and iTunes. It may all be “ones and zeroes” now, but in the end, it’s all the same.

Therefore, HIFF41 is honored to give Albert Pyun the recognition he deserves and that has eluded him for many decades. On November 6, HIFF will screen his debut film, THE SWORD AND THE SORCERER on the big screen at Consolidated Kahala 8 with the director in attendance!

But there’s more! Watch 5 other “classics,” where the majority of its audience first viewed them, on the small screen, with 5 handpicked films, from the Pyun oeuvre, streaming online and on demand throughout the entire HIFF month: