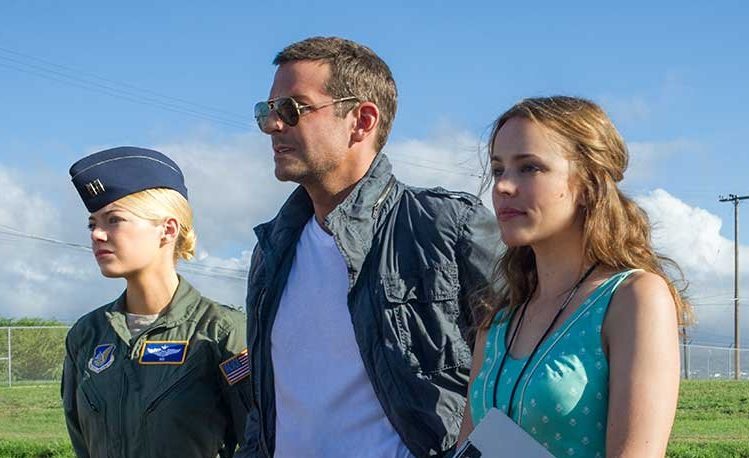 Because cinema is often used as an escape for people feeling trapped, stuck, or uninspired, it only makes sense that the genre of “vacation movies” exists.  THE HANGOVER (2009), JUST GO WITH IT (2011), and CRAZY RICH ASIANS (2018) all fall into the category of films that portray the comedic highlights and overwhelming troubles that can come with traveling to a new state, city, or country.  It is a known fact that movies have the power to increase tourism – think of all the people who flocked to Greece after the release of MAMMA MIA (2008) and then to Croatia with the debut of MAMMA MIA! HERE WE GO AGAIN (2018) – and Hawai‘i is no exception to that.  Movies, such as LILO AND STITCH (2002) and 50 FIRST DATES (2004), have caused people to fall in love with the white, sandy beaches and tropical climate that Hawai‘i has to offer.  While an increase in tourism is never unwelcome, as it benefits Hawai‘i’s highly tourist-based economy, there are some downsides to an influx of people setting foot on the islands.

Firstly, Hawai‘i is often misrepresented in television and film.  Many movies set in Hawai‘i are filmed at resorts.  THE WRONG MISSY (2020) and JUST GO WITH IT (2011) were filmed at the Four Seasons Resort Ko‘olina on O‘ahu and the Grand Wailea on Maui respectively.  While these films do a wonderful job of showing the beauty in these resorts, they do not show the darker parts of Hawai‘i’s tourist-filled areas.  Waikiki, one of Hawai‘i’s best known tourist regions, is generally avoided by long-time Hawai‘i residents.  Besides being sick of the touristy gimmicks and extremely high prices of Waikiki, local people know that Waikiki – especially at night – is a hub for theft and violent crimes.  According to Hawai‘i Business Magazine, the Visitor Aloha Society of Hawai‘i, an organization made to assist tourists who are victims of crime, reported that a large percentage of the crimes reported to them – approximately 75% – take place in Waikiki.  Hawai‘i has struggled with its homeless populations for years now and many of these individuals can be seen on the streets of Waikiki, sitting on the sidewalks outside of upscale stores and restaurants meant for tourists.  It is a horrible thought that many local people struggle to survive in the same space that tourists enjoy their dream vacations.

The population of Hawai‘i is also commonly misrepresented on the silver screens.  Many people are familiar with the concept of whitewashing in Hollywood.  While we are long ways from seeing true inclusivity when it comes to the proper representation of people of color in film, many movies set in Hawai‘i do a horrendous job of representing the ethnic diversity of Hawai‘i.  Per the U.S. Census in 2019, Hawai‘i’s biggest demographic is of Asian descent, making up approximately 37.6% of the entire population.  This does not include the 24.2% of people who fall under the two or more races category.  This diversity in cultures is caused by many social, economic, and political factors throughout Hawai‘i’s history.  Therefore, the state takes pride in its many cultures and the people that come from them.  This misrepresenting criticism was notoriously demonstrated in the 2015 film, ALOHA.  The romantic comedy included many beloved actors, namely Bradley Cooper, Emma Stone, Rachel McAdams, Bill Murray, and John Krasinki.  However, Hawaiian locals and natives alike were quick to point out the almost completely white cast.  Only 25% of Hawai‘i’s population is white, and Guy Aoki, founder and president of Media Action Network for Asian Americans, explains why this statistic is often “forgotten” when it comes to casting for movies in Hawai‘i.  Aoki says, “This comes in a long line of films (‘THE DESCENDANTS,’ ’50 FIRST DATES,’ ‘BLUE CRUSH,’ ‘PEARL HARBOR’) that uses Hawai‘i for its exotic backdrop but goes out of its way to exclude the very people who live there.  It’s an insult to the diverse culture and fabric of Hawai‘i.”  This, along with the controversy around Emma Stone playing a Chinese-Hawaiian-Swedish Air Force pilot, has caused many Hawai‘i locals to look unfavorably toward the film, directed by Cameron Crowe.  As Aoki mentioned, Aloha was not the first film to misrepresent the population in this way, and unfortunately it may not be the last.  Despite the popularization of movements that advocate for the support of people of color, such as Black Lives Matter or Stop Asian Hate, POC actors continue to fight for their places in Hollywood.  Until Hollywood as a whole can recognize the value of diversity in media, we will continue to see the whitewashing of Hawai‘i and all POC centered stories.

Beyond Hollywood’s glamorization and whitewashing of Hawai‘i, the state’s popularity as a tourist destination – often spurred by its portrayal in media – has its downfalls.  With the COVID-19 pandemic’s presence in the islands, locals have been wary about the recent influx of tourists in Hawai‘i.  Due to loosened restrictions on the islands, tourist spots are once again packed, with many people foregoing face masks.  With the Delta variant running rampant in the mainland United States, Hawai‘i residents are afraid of travelers spreading it around the islands.  While this is many peoples’ first time experiencing a pandemic, Hawai‘i locals are all too familiar with the disrespect individuals and communities face at the hands of tourists.  O‘ahu resident Charles Kaua Taylor-Fulton explains, “Local people are tired of being treated a certain type of way.  When tourists come, they can be very rude or entitled. There’s just a sense of entitlement.”

Hawai‘i’s local people are tired.  They are tired of being continuously misrepresented in films and tired of paying the price when it comes to tourists who do not respect the islands.  Too many people come to the islands, expecting to live the life of a main character from their favorite movie.  Because of Hollywood, their vision of the islands is nothing more than rest, relaxation, and fun.  With this attitude of entitlement, they visit local businesses, hiking spots, and beaches with no regard to basic rules that would be enacted in any other reasonable establishment.  Having a “vacation mentality” does not excuse tourists from disrespecting sacred island spots or harassing local people and business owners.  Our island spaces are not film sets that can be easily cleaned once you decide the movie is over.  Too many times have Hawai‘i locals had to clean up the mess of tourists, who are able to leave the island at their convenience.  Locals should not have to “parent” those visiting Hawai‘i, in order to ensure that their natural outdoor features and businesses are well preserved and pleasant to visit.

No one is stopping you from swimming under a waterfall like Adam Sandler and Jennifer Aniston in JUST GO WITH IT (2011).  No one is discouraging you from diving with sharks like David Spade and Lauren Lapkus did in THE WRONG MISSY (2020).  We are not banning you from having your “movie moment.”  All we ask is that you visit the islands, as if you were visiting the home of a stranger: with humility and kindness. After all, we do not want people to abandon Hawai‘i as a vacation destination.  Instead, we ask that tourists respect the islands’ culture, people, and places.   Locals want to feel safe in their homes, including their frequented spaces for work, play, and other forms of enjoyment.  Hawai‘i is a unique place, bursting at the seams with diversity, beauty, and creativity.  We ask for your assistance in maintaining it as a space that can be enjoyed by all, regardless of residency status.

Kanani Sato has served as an Outreach Intern at the Hawaii International Film Festival since 2021. Her interest in film stems from her love for costume and set design in movies and television. She is a strong advocate for diversity in media and strives to project Asian American and Pacific Islander voices in Hollywood.