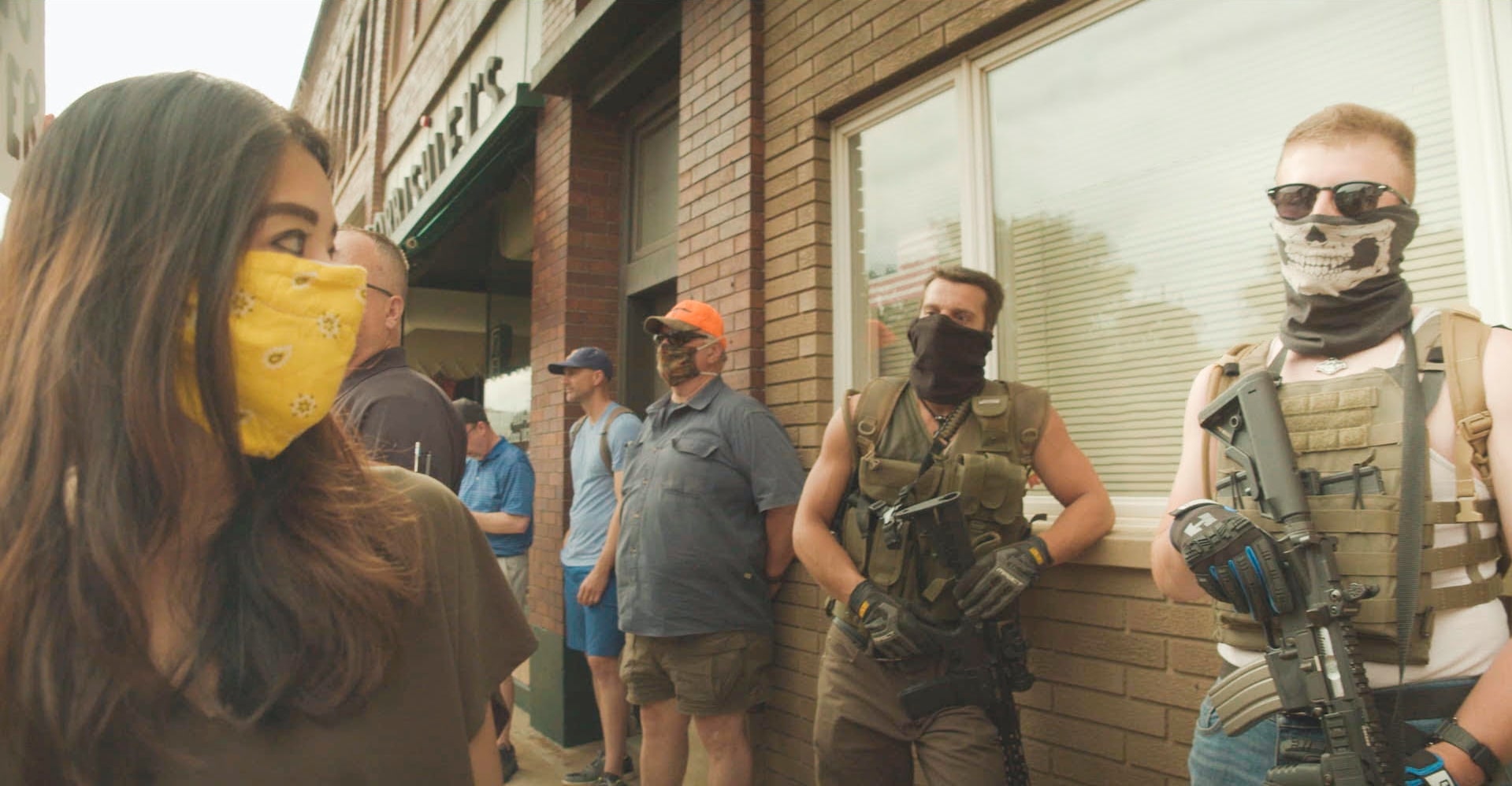 Director David Siev’s riveting documentary BAD AXE takes its name from his predominantly white hometown in rural Michigan. Siev began the project in March 2020 to chronicle his family’s response to the COVID-19 pandemic, namely the lockdowns and difficulties in keeping the family restaurant afloat. But this film covers so much more: the anti-Asian violence, the murder of George Floyd, and the fear that Trump might be reelected. With a Cambodian refugee dad and a Mexican American mom, three mixed-raced adult children, and two boyfriends (one white, one Black), this is a family with more than one reason to be afraid.

The film begins with the eldest daughter Jaclyn opening hate mail from an ex-customer, who tells them to “go back to Cambodia” after learning that the family marched in the local Black Lives Matter protest. Jaclyn refuses to give in to their demands to shut up, even if they lose the restaurant the family has spent decades building. She cannot just stay quiet and assimilate like her parents did. She explains: “Standing up for other people isn’t political. It’s just doing the right thing.” In this way, the film chronicles not just the era of Black Lives Matter, but of Asians for Black Lives, and the life-or-death stakes of multiracial solidarity.

Although Michigan is part of the “blue wall,” most of its counties vote red, with the urban areas and college towns swinging the state blue. Bad Axe, a town with less than 3,000 residents, is over 90% white, 6.1% Hispanic, 2% Asian, and only .04% Black. (In contrast, Detroit, two hours south, is 77% Black, 14.4% White, 7.7% Hispanic, and 1.9% Asian). The Siev family and others like them don’t just face occasional microaggressions, they must keep themselves safe from the local militia building a neo-Nazi training camp. Siev’s father admits: “I’m more scared now than I was of the killing fields.” This line references Siev’s first film YEAR ZERO, which stars his father (Chun Siev) and details the family’s escape from Khmer Rouge genocide in 1977. This backstory adds another layer of emotional complexity to the film. Chun apologies for his mistakes, holds his children close, and trains them on how to use a shotgun.

A filmmaker based in New York, Siev returned home for the filming of BAD AXE. In contrast, his two sisters remained close to home and continued to help with the restaurant. Their Mom, Rachel Siev, who attended the Black Lives Matter protest, remains courteous to everyone no matter how threatening the phone calls get: “You don’t live here; you have no clue,” she tells her son. The family restaurant, named after Rachel, employs MAGA supporters and serves them their food; the Sievs risk their lives every time they open their doors. Indeed the film itself becomes a risk to the family’s safety after the film’s fundraising trailer is released. Still, the family insists that people do change, and they’re not going anywhere.

The film doesn’t take the time to detail the genocide of Native Americans that the town’s terrifying name references, nor the U.S.-led “war on terror” in the Middle East. Yet this film is absolutely about white supremacist terror and trauma. At the same time, Siev describes his film as a “love letter” to Bad Axe, the town where he grew up and where his grandmother is buried. For the director and his family, Bad Axe is synonymous with family love. Their town pride may not make sense to outsiders and maybe it doesn’t have to. Even the Black boyfriend Austin says, “I don’t want people to think my town is racist.” This is a portrait of a people who deeply love their place, and even their country, warts and all.

Kim Compoc is an assistant professor of history at the University of Hawaiʻi, West O‘ahu. She is affiliated with the Honolulu-based organization Women’s Voices, Women Speak and the International Women’s Network Against Militarism.