BATTLE OF THE BINGE (Spoiler: the algorithm wins) with Ciara Lacy

I started the pandemic (remember those days?) determined to not let it get the best of me. I did work outs in my kitchen. Kept the fridge and pantry perfectly stocked. Dutifully stayed in my apartment, the cement walls giving a sense of safety, albeit loneliness.

It would only be a few weeks…but weeks turned to months, and so forth, you know? I know you know.
I held onto the discipline of workouts and over-planned meals— no bread making, sorry— as long as I could, keeping a schedule and patterns. It was order. Until it wasn’t anymore.

And that’s when the real binging began. 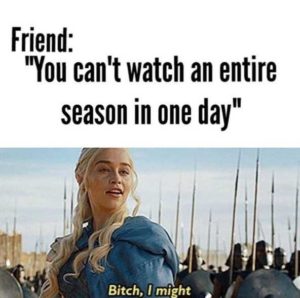 My waistline stretched as I mindlessly devoured anything and everything on Netflix. Things I could mention to make me seem impressive, and things that would make you judge me. Oh, and lots and lots of zombie anything.

My media diet became straight Zombie, and if you are what you eat, I was turning into a lifeless version of me. Once I watched everything on Netflix, and most of it was kind of terrible, I borrowed my friend Kristen’s Hulu account. Then I switched over to my Amazon account. Then, Lilian’s Disney+. Then my sister in law’s HBO.

The online experience indulged my desperation for thoughtless stimulation. It was gross consumption, ways to pass time while I multi-tasked, attempting to fold the laundry or finish emails for work. But it wasn’t sincere viewing. I wasn’t experiencing anything. It was all just fat. And while I’m not here to fat shame myself, nor seek sympathy, the scale also must clearly, um, be off right now. Because this was not what I had planned a year and a half ago. 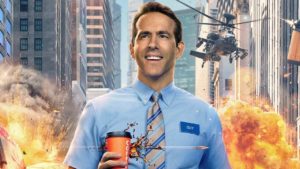 Last week, I went to my first movie at a theater in a year and half. I’ll let you judge me: it was FREE GUY. Anything serious would have been too much. I sat in the near empty theater at Consolidated Ward Theatres, giddy. For the first time since March 2020, I watched without distractions on something bigger than my laptop. And I was (seemingly) surrounded by humans. It feels a little silly to admit how happy I was, but happiness is a premium, especially these days, and I was all in. I was focused and amongst others, and it felt like actual fun.
I can’t say I’m going to step away from the binge experience – I don’t think I’m that strong. But I will say that it, personally, hasn’t led to me watching better films, despite access. All it has really meant is just more. It’s so easy to fall into the “k-hole” of the algorithm driving us to the next thing and then… the next, until 2 days have disappeared, or I’m wondering “how the hell is it 2AM?”
So, I’m going back to thinking things through – approaching the platforms with a plan – defining how much time and what content I’ll watch, rather than let it suck my time away and leave me bloated but unsatisfied. So, to use that overused word, I’m reminding myself that intention matters, otherwise someone or something else is going to set it for me. 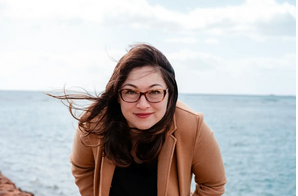 Ciara Lacy is a Kānaka Maoli filmmaker, whose interest lies in crafting films that use strong characters and investigative journalism to challenge the creative and political status quo. Her award winning work has shown at HIFF and festivals around the world including Sundance and Berlinale as well as on Netflix, PBS, ABC, Al Jazeera, and the Criterion Collection. www.ciaralacy.com
PrevPreviousHIFF NAMED OSCAR®-QUALIFYING FESTIVAL FOR SHORT FILMS
NextDONBASS (2018): WHY WE LIKE THIS FILM // HIFF SelectsNext