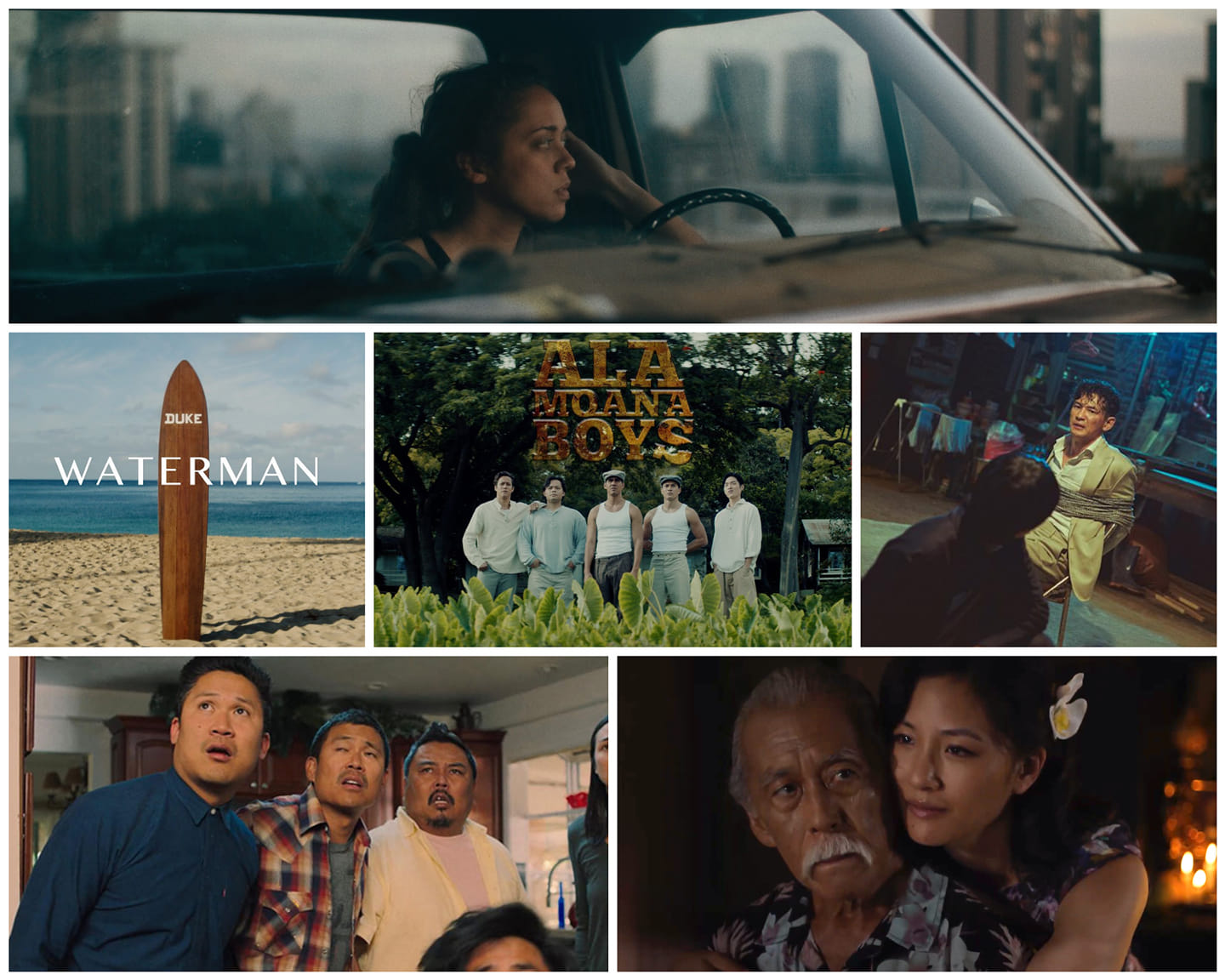 The 41st Hawai‘i International Film Festival presented by Halekulani (#HIFF41) will be heading to Kauai at the Waimea Theater from November 18-21. Highlights include new films from Okinawa (MIRACLE CITY KOZA), Japan (THE FABLE: THE KILLER WHO DOESN’T KILL), and South Korea (HOSTAGE: MISSING CELEBRITY). Another highlight is the hilarious family dreamed THE FABULOUS FILIPINO BROTHERS directed by Dante Basco, who also co-stars in the film with his brothers in a zany Pinoy American comedy about midlife crises, love, and one crazy cockfight! Hawai‘i is strongly represented with Christopher Makoto Yogi’s I WAS A SIMPLE MAN, which world premiered at Sundance), THE ISLAND IN ME from Gemma Cubero del Barrio, and two MADE IN HAWAI‘I Shorts programs that showcase the latest and best in locally-based filmmaking from some of Hawai‘i’s best filmmakers. HIFF on Kauai ends with the premiere of WATERMAN, the definitive documentary on the life and legacy of Duke Kahanamoku and narrated by Jason Momoa.

7:00pm I WAS A SIMPLE MAN (USA, Hawai‘i, 2021): Masao is an aging man who lives a solitary existence on Oʻahu’s North Shore. But when he learns that he’s not long for this world, his life’s regrets begin to surface, like a slowly rising tide. As Masao becomes bed-ridden, previously distant sons and daughters trickle into his home to provide end-of-life care. Most mysteriously, Masao’s late wife, Grace, returns to haunt him, triggering flashbacks to the past Masao must learn to confront.

5:30pm THE FABLE: THE KILLER WHO DOESN’T KILL (Japan, 2021): Based on the Japanese manga series of the same name, THE FABLE: THE KILLER WHO DOESN’T KILL stars Junichi Okada as legendary assassin Akira Sata, aka The Fable. Following his boss’s order to “kill no one and live like a normal man for a year,” Akira lives a peaceful life that is interrupted when he encounters a young woman in a wheelchair and a shady NPO representative he was once assigned to kill.

8:00pm HOSTAGE: MISSING CELEBRITY (South Korea, 2021): What happens when life imitates art? Korean superstar actor Hwang Jung-min is about to find out. Jung-min has reached the pinnacle of his career, recognized as one of Korea’s top leading men. Resting on his laurels after the latest premiere, he is caught unaware when he finds himself kidnapped by a group of brutal thugs. When the thugs request an immediate ransom, Jung-min must muster up all of his acting skills to mastermind his way out of this real and present danger.

5:00pm MIRACLE CITY KOZA (Japan, Okinawa, 2021): Koza City, Okinawa, present day. Shota, the grandson of legendary rocker Haru, has been spending his days in idleness, when his grandfather is killed in a traffic accident. Shortly thereafter, Haru’s ghost appears to Shota with an otherworldly proposition: trade bodies so grandpa can take care of unfinished business! Suddenly, Shota finds himself transported to the 1970s, his spirit transmuted to the then young Haru. The problem is Shota doesn’t know how to play rock n’ roll…

7:30pm WATERMAN (USA, 2021): Surfing legend. Olympic superstar. Hawaiian Icon. American hero. Five-time Olympic medalist and Native Hawaiian Duke Paoa Kahanamoku shattered records and brought surfing to the world while overcoming a lifetime of personal challenges. Narrated by Jason Momoa, WATERMAN explores his journey and legacy as a legendary swimmer, trailblazer, and the undisputed father of modern-day surfing, following the sport’s first-time inclusion in this year’s Olympics – a fitting tribute to his work promoting the sport around the globe. Through Duke’s incredible athletic accomplishments and embodiment of the Aloha spirit, the film celebrates his triumphs and philosophy of inclusion, challenging us all to embrace diversity and incorporate Aloha into our own lives.

2:30pm THE ISLAND IN ME (USA, Hawai‘i, 2021): THE ISLAND IN ME is a documentary feature that takes the viewer to the Polynesian atoll of Pukapuka, a unique place never before captured in film. With only four hundred inhabitants and ten meters above sea level, the atoll has stories to tell. The film follows two women who grew up here and return home after decades away to find the atoll, and themselves, forever changed.

7:00pm THE FABULOUS FILIPINO BROTHERS (USA, Philippines, 2021): Dante Basco (HOOK, THE DEBUT) makes his directorial debut, and he’s bringing his entire family with him. THE FABULOUS FILIPINO BROTHERS is an intergenerational comedy that is sweet, at times raunchy, and full of heart. Dante co-stars with siblings Darion, Arianna, Dionysio, and Derek. From cockfights to adultery, and finding new (and old) love in unexpected places, each of the brothers finds themselves in different situations that will ultimately challenge their beliefs on love and family, all leading up to a climactic family wedding!

Come celebrate HIFF and the power of cinema in bridging cultures, diversity and to be engaged with a myriad of stories unspooling at HIFF on Kauai–On the Big Screen! Advance tickets on sale now at HIFF41’s official website, www.hiff.org.