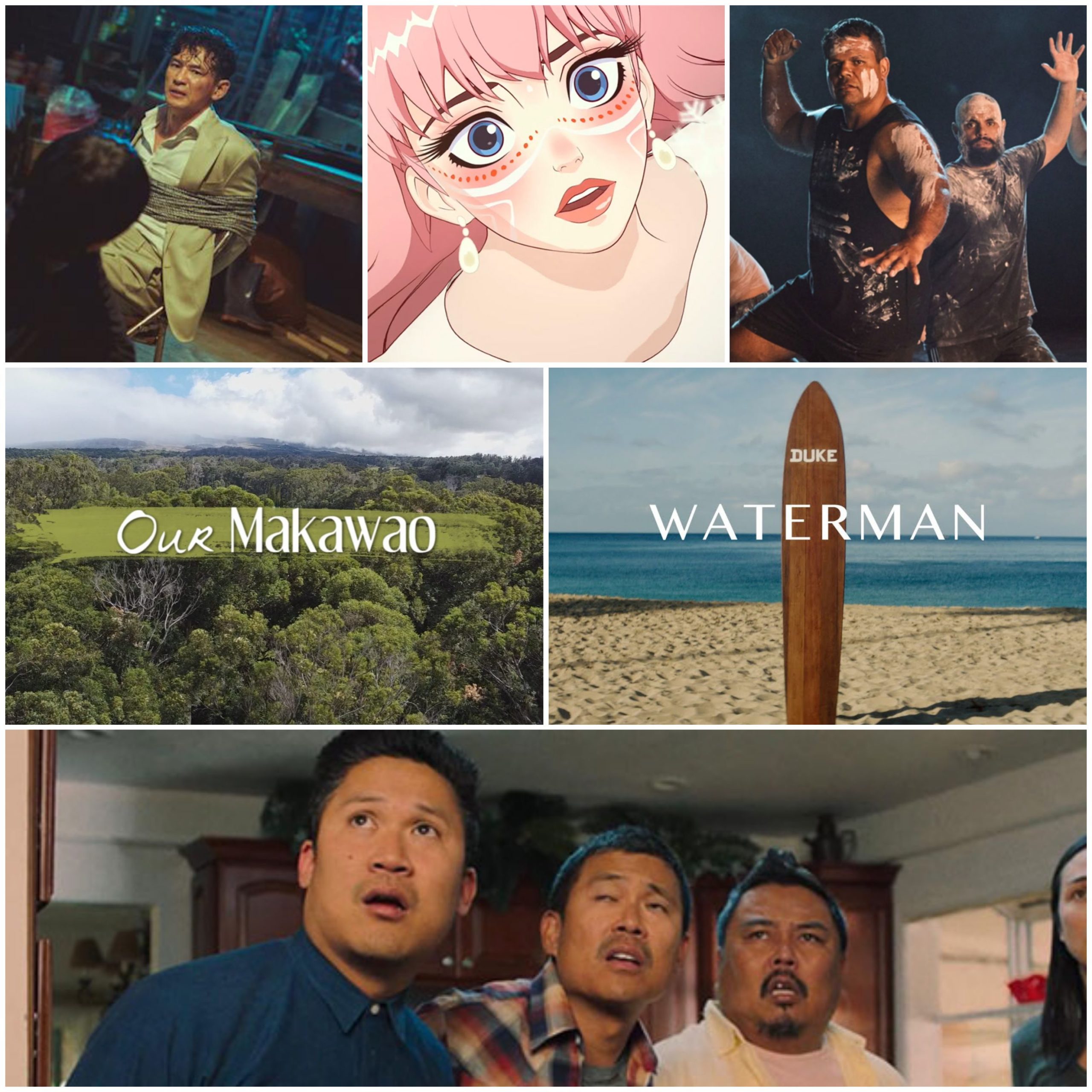 The 41st Hawai‘i International Film Festival presented by Halekulani (#HIFF41) will be heading to Maui at the Consolidated Theatres Ka‘ahumanu from November 18-21. Ranging from awards-worthy films from auteurs like  Ryûsuke Hamaguchi (DRIVE MY CAR), to encores of the Oahu Festival’s Opening and Closing Galas–WATERMAN and BELLE–and the directorial debut of actor Dante Basco (THE DEBUT, AVATAR: THE LAST AIRBENDER), directing his entire family in the FilAm rom-com THE FABULOUS FILIPINO BROTHERS. There are also major films from South Korea, Japan, Australia and premieres from local filmmakers in the MADE IN HAWAI‘I programs.

5:30pm AMERICANISH (USA, 2021): In a world where tradition is vital, three young muslim women—sisters living in Queens and their newly immigrated cousin—attempt to navigate through the rocky waters of romance and careers. But they also must try to honor the traditions of their culture. AMERICANISH, directed by one of the first female hijabi filmmakers, breaks tropes of typical rom-coms with an endearing story of womanhood, family, and culture and what it takes to achieve it all.

8:00pm HOSTAGE: MISSING CELEBRITY (South Korea, 2021): What happens when life imitates art? Korean superstar actor Hwang Jung-min is about to find out. Jung-min has reached the pinnacle of his career, recognized as one of Korea’s top leading men. Resting on his laurels after the latest premiere, he is caught unaware when he finds himself kidnapped by a group of brutal thugs. When the thugs request an immediate ransom, Jung-min must muster up all of his acting skills to mastermind his way out of this real and present danger.

1:30pm DRIVE MY CAR (Japan, 2021): Yusuke is a successful stage director and actor married to the enigmatic Oto. But when Oto dies suddenly, Yusuke finds himself left with many unanswered questions. Two years later and still grieving the loss, he accepts a job in Hiroshima and sets off in his red Saab. Upon arrival, he discovers that he will be required to have a chauffeur drive him. His chauffeur turns out to be the taciturn young Misaki. As they increasingly log hours together in the Saab, Yusuke and Misaki form an unexpected bond. Based on a short story by Haruki Murakami, DRIVE MY CAR won Best Screenplay at this year’s Cannes.

5:30pm THE FABULOUS FILIPINO BROTHERS (USA, Philippines, 2021): Dante Basco (HOOK, THE DEBUT) makes his directorial debut, and he’s bringing his entire family with him. THE FABULOUS FILIPINO BROTHERS is an intergenerational comedy that is sweet, at times raunchy, and full of heart. Dante co-stars with siblings Darion, Arianna, Dionysio, and Derek. From cockfights to adultery, and finding new (and old) love in unexpected places, each of the brothers finds themselves in different situations that will ultimately challenge their beliefs on love and family, all leading up to a climactic family wedding!

8:00pm THE DEVIL’S DEAL (South Korea, 2021): In Lee Won-tae’s crime thriller, THE DEVIL’S DEAL, a no-name politician, Jeon Hae-woong is eliminated from an assembly-member election by a local big-wig who finds Jeon to be a thorn in his side. Coupled with the stress of threatening loan-sharks, Jeon decides to take revenge and finish his political aspirations. But this decision leads to a disturbing relationship with a gang member that encourages corruption and the fall of a previously altruistic father.

1:30pm ARAATIKA: RISE UP! (Australia, 2021): Compared to their pan-Pacific rivals, the Australian rugby national team had one glaring deficiency: their pre-game “unity dance” did little to inspire fear into their competition and courage among their fans. ARAATIKA! (a.k.a. THE FIGHT TOGETHER) is a documentary about one man’s mission to take on decades of racism and cultural injustice to incorporate more indigeneity into the sport. For these players, rugby is their platform for restoring pride into their community, and this dance is their warrior’s voice.

4:00pm BELLE (Japan, 2021): Suzu is a 17-year-old high school student living in a rural village with her father. For years, she has only been a shadow of herself. One day, she enters “U,” a virtual world of 5 billion members on the Internet. There, she is not Suzu anymore but Belle, a world-famous singer. She soon meets with a mysterious creature. Together, they embark on a journey of adventures, challenges and love, in their quest to become who they truly are. BELLE is the latest masterpiece from Oscar® nominated Mamoru Hosoda (SUMMER WARS, WOLF CHILDREN, MIRAI) and had its world premiere at the Cannes Film Festival, receiving universal acclaim.

7:00pm WATERMAN (USA, 2021): Surfing legend. Olympic superstar. Hawaiian Icon. American hero. Five-time Olympic medalist and Native Hawaiian Duke Paoa Kahanamoku shattered records and brought surfing to the world while overcoming a lifetime of personal challenges. Narrated by Jason Momoa, WATERMAN explores his journey and legacy as a legendary swimmer, trailblazer, and the undisputed father of modern-day surfing, following the sport’s first-time inclusion in this year’s Olympics – a fitting tribute to his work promoting the sport around the globe. Through Duke’s incredible athletic accomplishments and embodiment of the Aloha spirit, the film celebrates his triumphs and philosophy of inclusion, challenging us all to embrace diversity and incorporate Aloha into our own lives.

Come celebrate HIFF and the power of cinema in bridging cultures, diversity and to be engaged with a myriad of stories unspooling at HIFF on Maui–On the Big Screen! Advance tickets on sale now at HIFF41’s official website, www.hiff.org.