HIFF Talk Story FREE Industry Panels you should check out 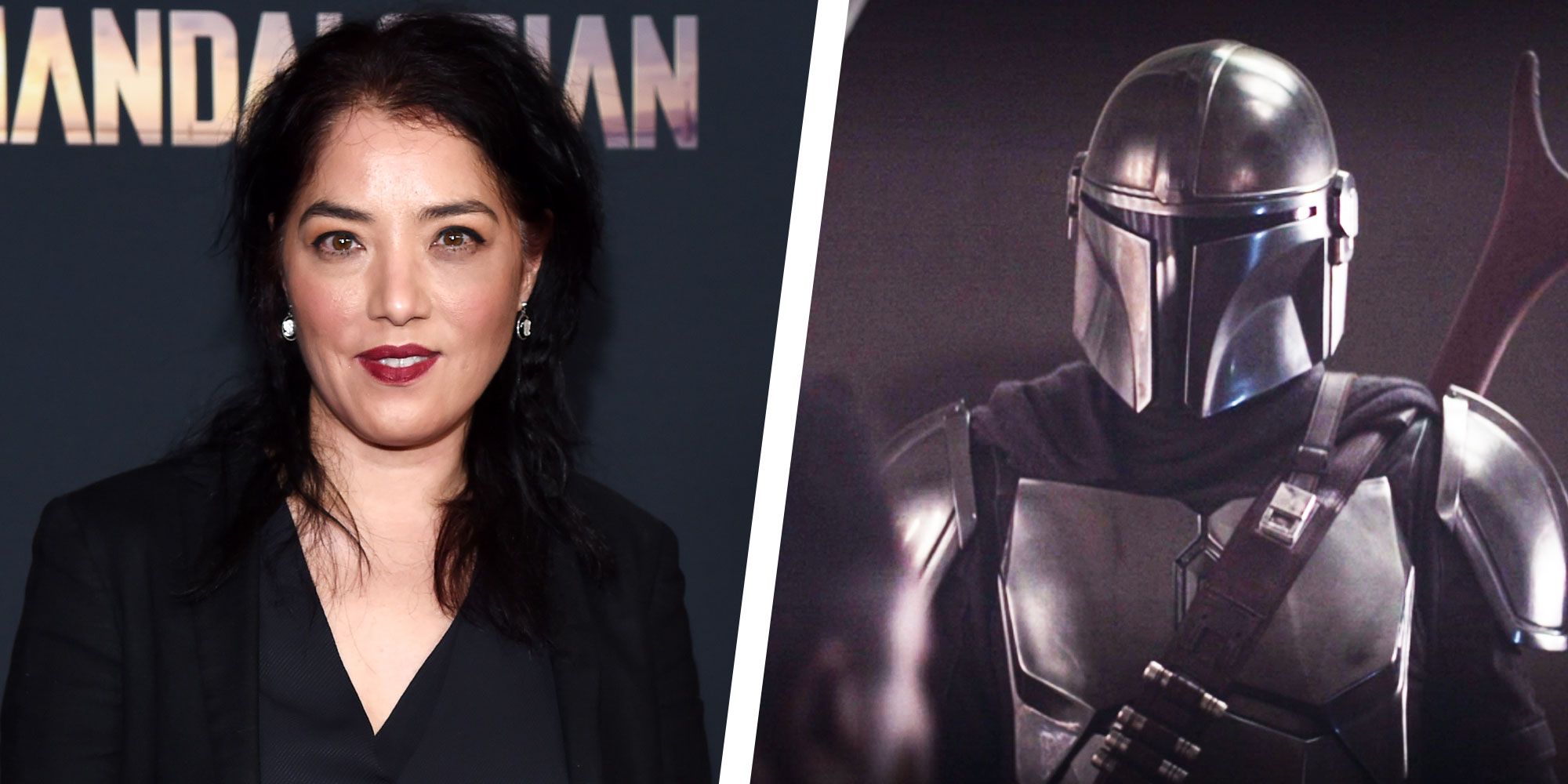 Aside from exhibiting films from all over the world, HIFF also has a rich offering of panels and workshops called HIFF TALK STORY. Better yet, they’re all FREE. Are you an active member of the local film industry or just a film fan? Are you a consumer of all things content and want to learn more, engage with, and interact with working professionals in the film industry of Hawai‘i and beyond?  The HIFF programmers are particularly excited about the following FREE HIFF Talk Story sessions; from the creators of the seminal ‘Every Frame A Painting; YouTube channel to championing Kānaka maoli and local filmmakers (with a glimpse of HIFF’s first feature production MAKAWALU), and a masterclass with Director Deborah Chow, the first female to direct a Star Wars property.

EVERY FRAME A PAINTING Masterclass: The Art of the Video Film Essay & Becoming a Content Creator 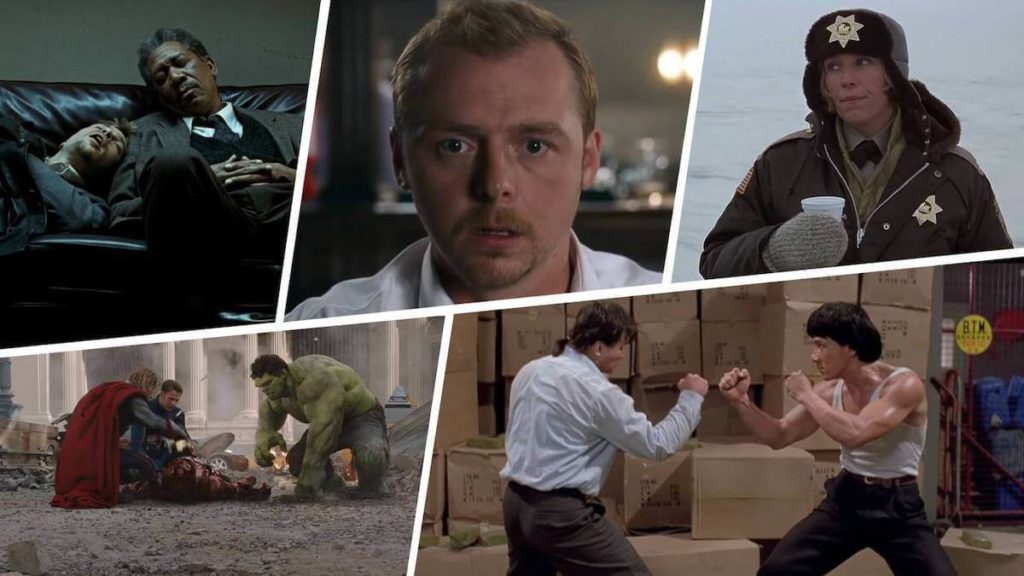 Every Frame a Painting was a series of video essays about film form, made from April 2014 to September 2016, by Vancouver based creatives Taylor Ramos and Tony Zhou. From videos like ”Jackie Chan-How To Do Action Comedy” (23 million YouTube views), ”The Marvel Symphonic Universe” and other video essays on Buster Keaton, Edgar Wright and the Coen brothers also garnering tens of millions of views, HIFF is honored to host Taylor and Tony who will conduct a free masterclass on their work, their inspirations and provide tips to also produce your own film criticism-related content. November 5, 12:30pm, Entrepreneurs Sandbox 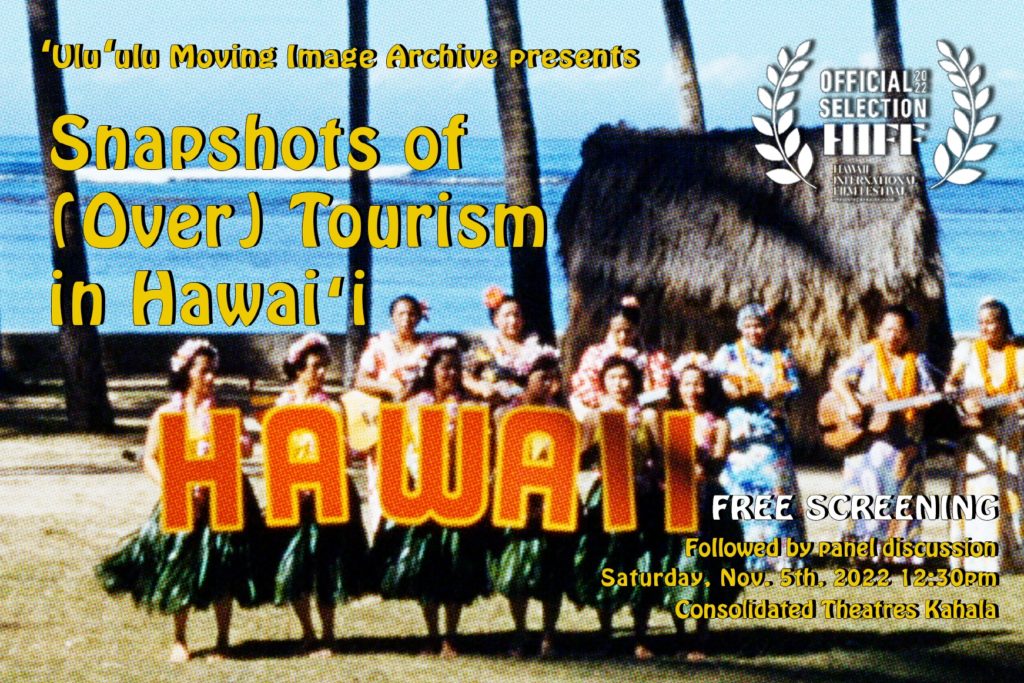 The past two and half years of COVID lockdown and protocols were a moment of reflection and reckoning for local residents to reconsider Hawai‘i and tourism, which had become unwieldy via lack of resources, irreparable damage to ecosystems and the environment, traffic that rivaled Los Angeles, and the watering down of Native Hawaiian culture and a way of life that is being erased everyday. This year”s ʻUluʻulu film presentation and panel will feature found footage and home movies of Hawai‘i from a Bygone era, to show the urban evolution of the landscape. Was it idyllic, bucolic and the usual tropes that may be tinged by nostalgia and rose colored glasses looking at the past? The selected panelists of historians, policy-makers and archivists will discuss the past (aka hanabata days), the present, especially if Hawai‘i did incorporate change during said pandemic reflection, and the future of the Isles.  November 5, 12:30pm, Consolidated Kahala 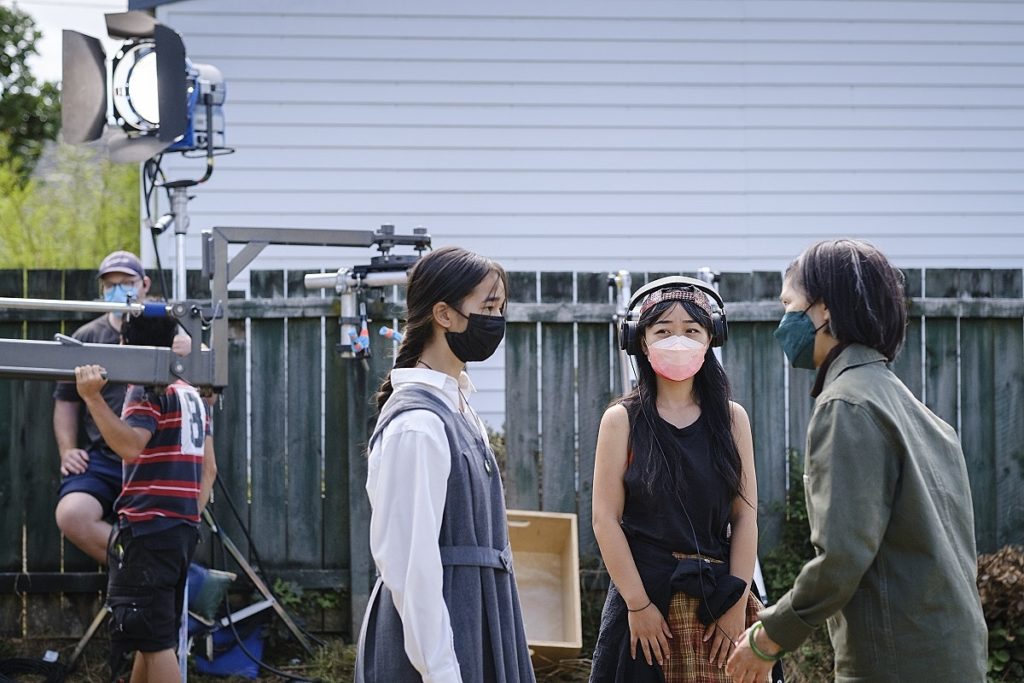 HIFF and Pacific Islanders in Communications (PIC) are honored to recognize Aotearoa-based producer Kerry Warkia. Originally from Papua New Guinea, she relocated to New Zealand for university and has since forged a vibrant film & tv career producing mainly Pacific Islander content, as well as providing mentorship in her groundbreaking series of films starting with WARU and KĀINGA (screening at the Festival) as well as mentoring the all Kanaka Maoli production MAKAWALU, which is also HIFF’s first feature production. In this moderated conversation, we will chat with Kerry, as well as filmmakers from KĀINGA and MAKAWALU in using the WARU cohort playbook that Kerry created to support Indigenous and female filmmakers and its impact on the future of Pasifika and Native Hawaiian storytellers. November 6, 1:00pm, Consolidated Kahala 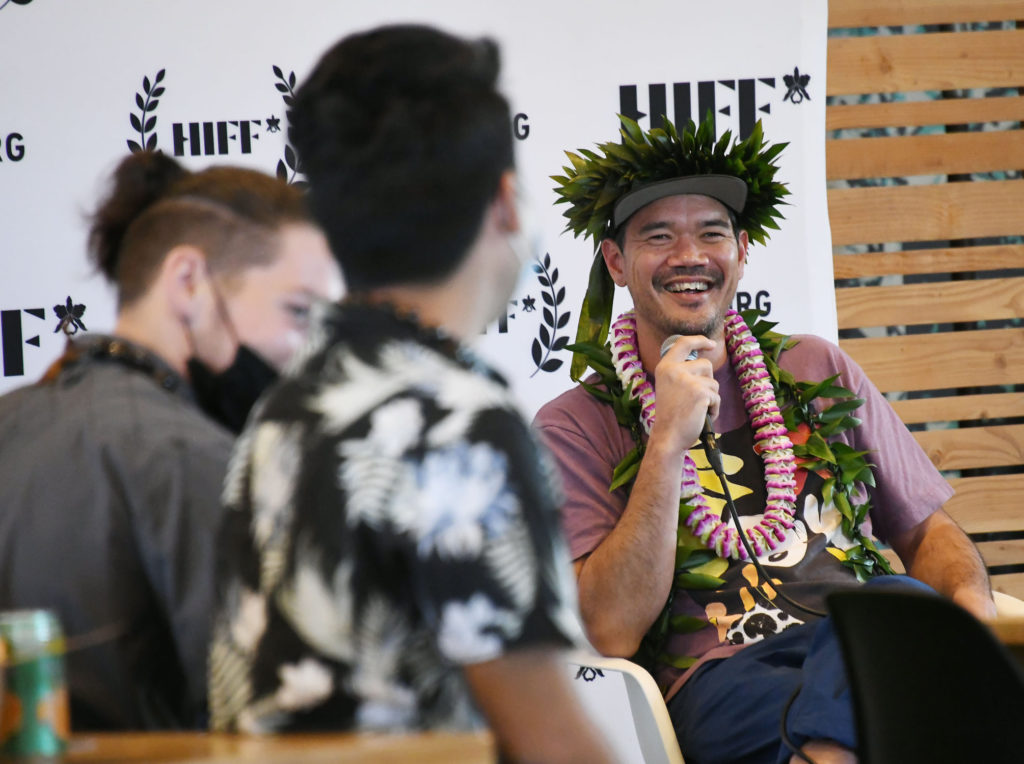 First held in 2017, HIFF resumes its soon-to-be yearly “The State of 808 Indie Filmmaking” talk story/check-in to speak with locally-based filmmakers who have films at HIFF42, as well as members of Hawai‘i’s indie film community. Along with designated panelists, we encourage all participants who RSVP to have a “talk story” session on the current climate of indie filmmaking. This year’s topic is WHEN IS LOCAL TOO “LOCAL?” – With regional and cultural specific stories making it to the mainstream–RESERVATION DOGS on FX, MO on Netflix, THIS FOOL on Hulu–And singular visions coming to screen from humble beginnings like Issa Rae’s “The Mis-Adventures of Awkward Black Girl” on YouTube to INSECURE on HBO, is infusing the local culture, cadence and vernacular of Hawai‘i in our stories still considered a “stigma” or not marketable for a “mainstream” audience? Does it even matter anymore in a world of “Peak TV” and revised metrics for success? This will be the main thread of discussion and also explore the role of social responsibility in telling “our” stories. After-panel mixer with ono Hawaiian kine pupus to be served!  November 9, 6:00pm, Entrepreneurs Sandbox 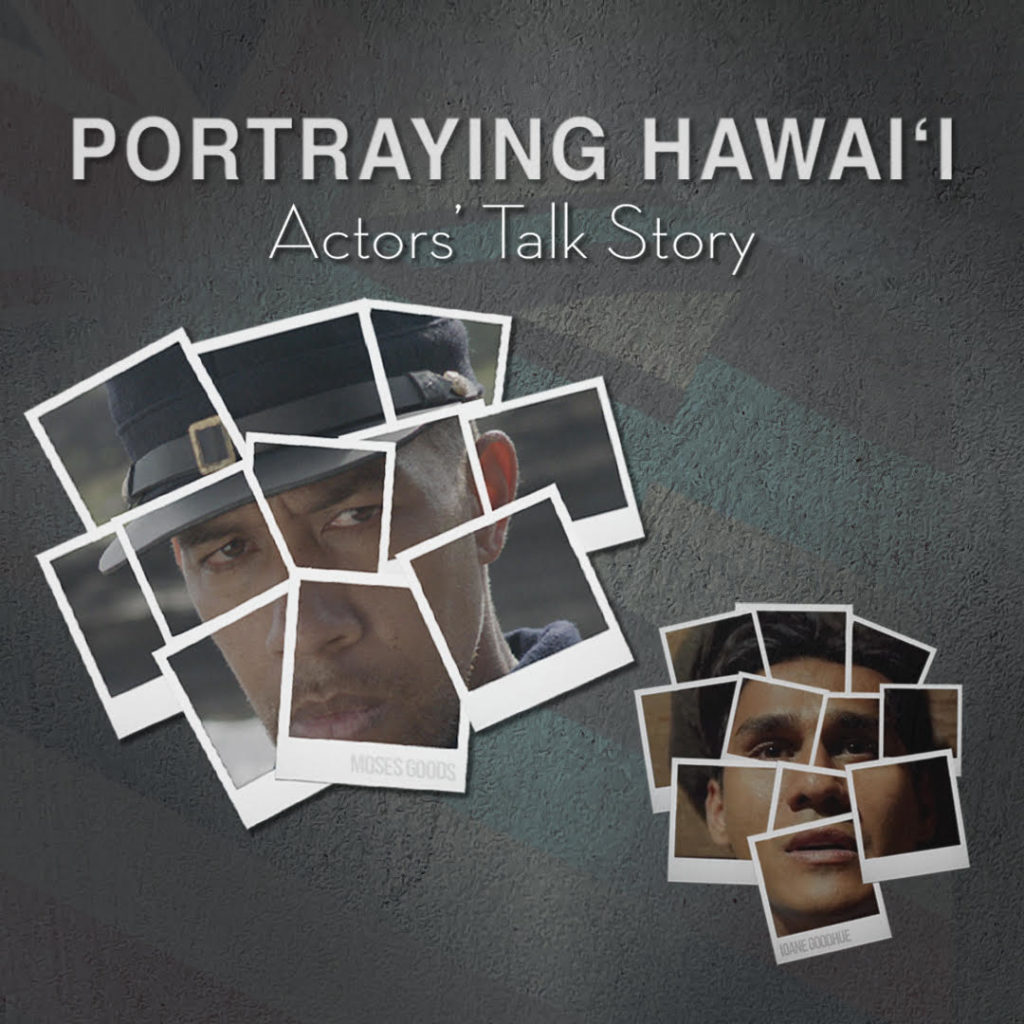 In this talk story, panelists will discuss the increasing demand for Native Hawaiian actors and the ongoing process of subverting stereotypes and creating memorable characters. The panel of esteemed actors will share their journey from community theater to the silver screen, including stories of successes and setbacks. They will also discuss the challenges in bringing authenticity to their performances and if there are opportunities in a new creative climate and marketplace, where diversity and inclusion are truly tenets or merely buzzwords? After-panel mixer with ono Hawaiian kine pupus to be served! November 10, 6:00pm, Entrepreneurs Sandbox

AN EVENING WITH DEBORAH CHOW (Director of OBI-WAN KENOBI) 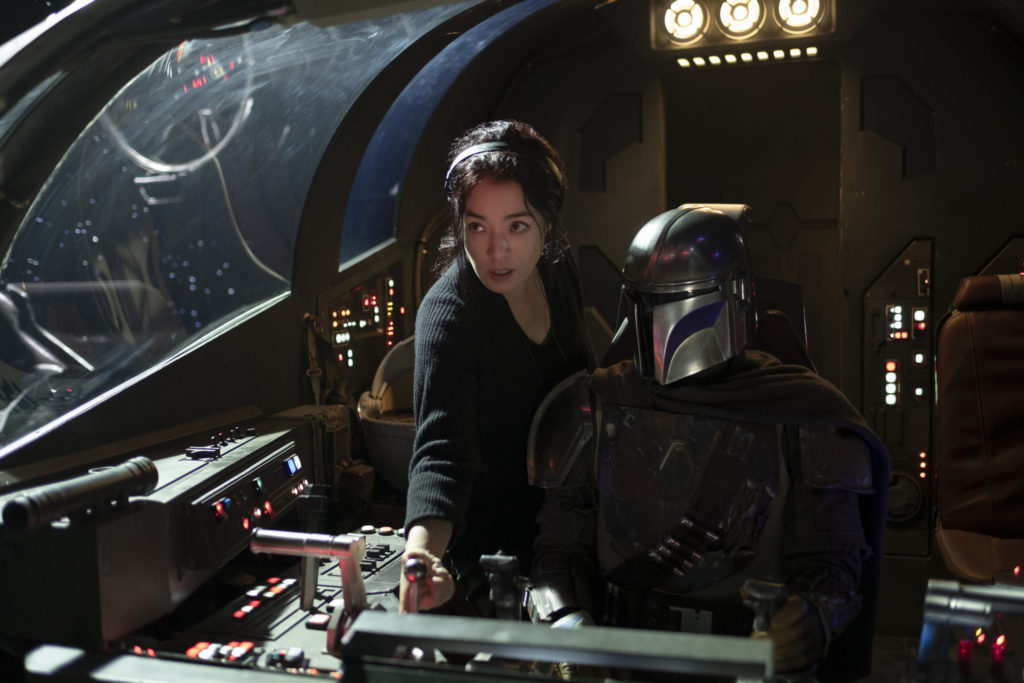 Deborah Chow is a filmmaker of Chinese Australian descent who has directed extensively in film and television on such shows as THE MANDALORIAN, MR. ROBOT, JESSICA JONES and winning an NAACP Image Award for BETTER CALL SAUL. Her most recent work was directing the entire limited series of OBI-WAN KENOBI on Disney+. In this year’s New American Perspectives (NAP) Masterclass presented by Vilcek Foundation, Chow will participate in a moderated conversation about her career. The masterclass will follow a screening of an episode from OBI-WAN KENOBI. November 11, 7:00pm, Consolidated Kahala 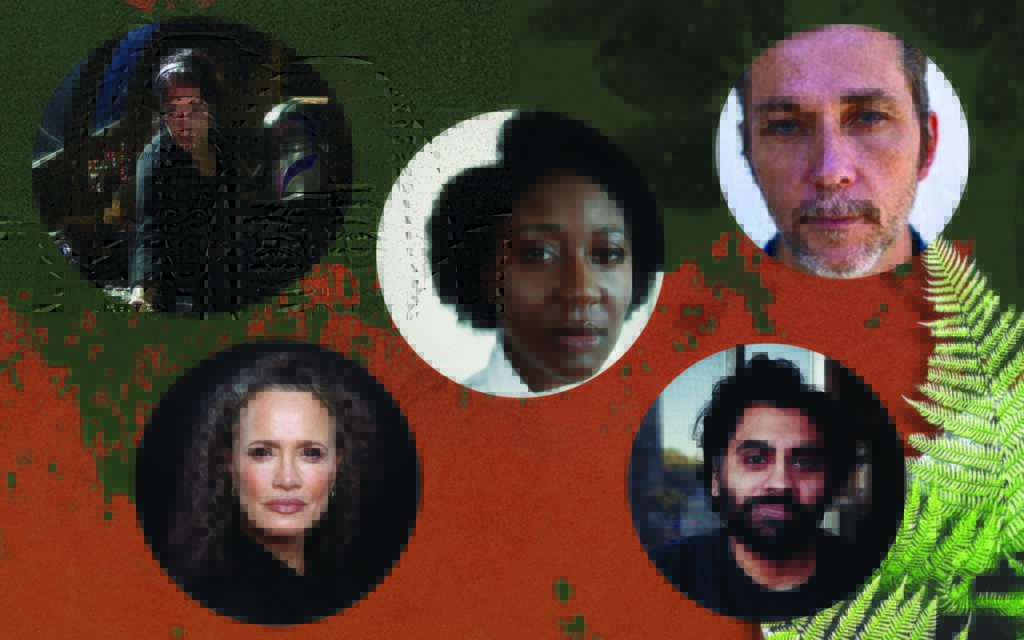 As part of 2022’s New American Perspective’s program presented in partnership with the Vilcek Foundation, HIFF will present a FREE panel discussion with filmmakers spotlighted in this year’s program: Deborah Chow (OBI-WAN KENOBI), Laurent Barthelemy (FINDING SATOSHI), Ellie Foumbi (OUR FATHER, THE DEVIL), Nardeep Khurmi (LAND OF GOLD), and Rena Owen (WHINA). The filmmakers will discuss their careers, their works, and their experiences as foreign-born artists. November 12, 1:00pm, Consolidated Kahala